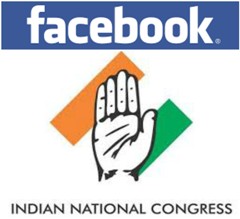 Holding an extreme view and carting the ball out of the park is what interests him most. He is a hard hitter at all times. Fasten your seatbelts and read. View all posts by this Author
There is an army of Modi bhakts out there on social media as alleged by the opposition, mainly the Congress party and sections of the media that support it. There is also the IT cell of the BJP that works overtime to keep people informed about Modi. But these people do not hide behind fake identities. They are there up front and do whatever they do with their own names.

But what do the people manning the IT cell do? They create Facebook pages that push spam to uninterested users on the social media site. They hide their identity. Facebook has identified 687 such pages and removed them. It has also reached out to the INC to educate them about acceptable behavior on its platform.

Facebook said that though these pages did not publish fake news, they were indulging in coordinated inauthentic behavior and pushing spam. It further said that they were using a network of fake accounts to conceal their identity with the idea of misleading people as to who was behind the pages. It said that the pages were removed as the company did not want its services to be used to manipulate people.

The Congress party should not be embarrassed. It has a rich history of manipulating people, starting with its local level leaders right down to the poorest of the Indian citizen. The Facebook fiasco is nothing compared to the manipulation being attempted via NYAY, the supposed final assault on poverty.

Since it has now been exposed as to which party is indulging in inauthentic behavior on social media, one thinks that the Congress should stop pointing fingers at the so-called bhakts. It has certified frauds in its own IT cell to worry about.