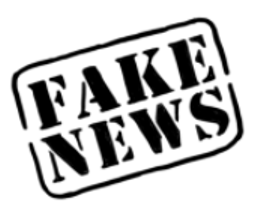 Editor-in-Chief of indiacommentary.com. Current Affairs analyst and political commentator. Writes for a number of publications. View all posts by this Author
Prime Minister Modi has nipped in the bud something that could have become a contentious issue between the government and the media and the opposition parties. By asking the Information & Broadcasting ministry to withdraw the order on fake news, Modi has put to end to a raging controversy. But one part of the controversy remains as Modi has said that fake news should be left to the Press Council of India (PCI), a body that is not truly representative of media associations as the government had rejected nominees of Editors Guild of India on technical grounds.

The order itself had several flaws. For one, it recognized only accredited journalists from reputed media houses as purveyors of fake news and sought to temporarily suspend their accreditation from the day the piece of news was referred to media bodies for verification. This was akin to treating the accused guilty even before the enquiry was completed and was not just.

Then, it is a fact that fake news is put out more by small publications whose journalists are not accredited or the mushrooming news websites. These are the media outlets that need sensationalism to sell their product or grab eyeballs and they often twist facts and even fabricate news. The order did not specify what the government would do to check them.

It is a feature of Indian governance and laws that they punish only those who do legitimate business. A licensed, tax-paying business is subjected to all kinds of checks while a street vendor is not. Continuing this trend, the I & B ministry order sought to penalize accredited journalists from mainstream media and left the real source of fake news alone.

This fact gave rise to the suspicion that the real motive behind the order was to throttle the freedom of the press, more so as the I & B ministry wanted to assume the role of policing the media by being the identifier of and complainant against fake news. Although the order said that the complaints would be referred to the PCI for violations in print and National Broadcasters Association (NBA) for TV, who would then conduct an enquiry, the contentious issue is that the ministry would make the complaint. It would have become a handy tool to browbeat the media and make them pliable enough to publish only that news that was to the liking of the party in power.

Instead of trying to control the media through such mischievous orders, the government would do well to strengthen the hands of the legitimate media units by coming down hard on the Tom ,Dick and Harrys who are running fake media websites and are otherwise using the digital platform to spread misinformation, slanted and fake news. It would also do well to constitute bodies such as the PCI in a fair and transparent manner with proper representation from all media bodies so that it can work to strengthen the fourth estate.

The government must recognize that there will be different editorial views in the media. Not all will be to its liking. But to assume that those who criticize the government are its enemies is wrong. The media is doing its work and the editor/anchor/columnist is only expressing his reading of the issue. If the government does good work, it has no need to fear any newspaper or TV channel as the people of this nation are intelligent enough not to be misled by biased views of a newspaper or TV channel.