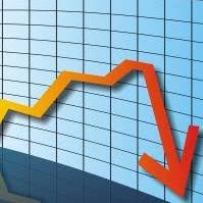 Editor-in-Chief of indiacommentary.com. Current Affairs analyst and political commentator. Writes for a number of publications. View all posts by this Author
There are several recent economic indicators that are both good and bad. For instance, the consumer price index (CPI) is at a 19-month low at 2.05%. This is half of the target that the RBI had set. This decline in inflation is largely due to food inflation which has been negative for four straight months now. This is good news. But when the dipping food inflation is taken together with agrarian distress, it becomes bad news. It means that although food prices are heading south, farmers are suffering. If farmers suffer, the demand for goods in the hinterland falls. This fact is clear from the way industrial production showed year-on-year growth of a measly 2.4% in December, after having contracted by 0.4% in November. If factories produce less, no new jobs will be created and in fact, they would lay off existing workers, adding to joblessness. Further, stagnant demand will deter entrepreneurs from taking up new manufacturing projects or postpone them. This was visible in November when the capital goods sector saw a 3.4% contraction.

It is against this backdrop that analysts are seeing a further drop in RBIs lending rates in April when the monetary policy committee of the central bank meets next. Most analysts expect a further 0.25 percentage point reduction in the benchmark repo rates. But the fact is that even after two weeks of the last rate cut, commercial banks have not transferred the benefit to consumers. Interest rates of home and other loans have not been revised. It seems commercial banks, already stressed for margins, are bent on retaining the profits. But RBI Governor Shaktikanta Das has said that he will discuss the issue with the banks in the current week. There is a need to ease domestic financing conditions as tightness is not conducive to investments. There is also a need to broad base the credit flow.

Given the scenario in economies across the globe  China and Europe are already facing a slowdown that shows no signs of reversal  there is an urgent need to give a push to manufacturing. For this, the demand for goods and services needs to be raised. But this is not possible unless agrarian distress is addressed or jobs are created. The whole scenario takes the shape of a vicious circle and the need is to think out of the hat to break the shackles. But with the general elections looming large, decisions on reforms or major economic policy will not be taken. Instead, there will be populist measures that will add to the fiscal woes of the government, which is already struggling to maintain even the revised fiscal deficit target of 3.4% of the GDP. But any profligacy on part of the government will be against macroeconomic stability and hence dangerous for the economy.