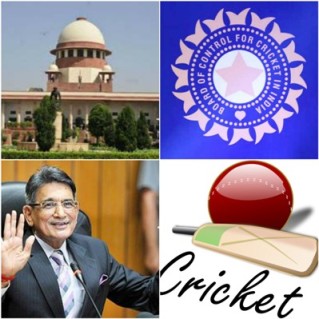 Feudal BCCI Set to be 'Lodhaized'

Feudal BCCI Set to be 'Lodhaized'

Editor-in-Chief of indiacommentary.com. Current Affairs analyst and political commentator. Writes for a number of publications. View all posts by this Author
The BCCI had always managed to wriggle out of tricky and potentially threatening situations as it had turned political and administrative patronage into a fine art. Unfortunately, it had not factored in the judiciary. For the last few months, it had not shed its arrogant attitude and thought that its political-bureaucratic network, or its hotshot lawyers who make it pay through the nose, will get it out of the nepotism, match-fixing and closed-club mess it had landed itself into. It also wrongly assumed that having sacrificed a Srinivasan, it could continue the same charade with a new set of dramatis personae. It had thought that its arrogance, with a veiled threat that the ICC will not agree to changes and India might not be able to play international matches, will perhaps make the judges not impose the Lodha committee report on it. As cricket is the national pastime of India, the BCCI mandarins also thought that the judges would perhaps worry about the public backlash their action might entail and would go soft on it. But it had thought wrongly. The judges have called its bluff and since it refused to incorporate the changes suggested by the committee, the apex court has asked it to implement them in six months maximum, with Justice (Retd.) Lodha to oversee the transition.

Except for advertisement between overs, legalizing betting, bringing the BCCI under RTI and some relief in case of multiple associations in Maharashtra and Gujarat, the apex court has ordered the Lodha committee report to be implemented in toto. This means that there will be wholesale changes in the way the Board is being run. From a closed club being run on the whims of those in control  often through a contrived consensus, the BCCI is set to turn into a transparent and accountable sports organization. This is as it should be and should have been if the BCCI had not turned into a den of political and bureaucratic patronage. Politicians of all parties  without exception  are guilty of sucking up to BCCI mandarins in return for petty favours like pavilion seats for self and extended family and pictures with cricketers. Once the monetary clout of the Board became apparent, the petty favours turned into demands for seats on the board of state associations and finally in the national working committee. N P K Salve, Madhavrao Scindia, Sharad Pawar, Amit Shah, Arun Jaitley, Rajiv Shukla, Anurag Thakur - the list is endless.

No serving minister or bureaucrat will now be able to hold any post in the BCCI, its state associations or any offshoot (like the IPL) being run by it. No BCCI mandarin will be able to hold two posts in the organization including its various arms. No one above 70 years of age will be able to hold any office. Only three years per term will be allowed for any official, and only three such terms will be allowed with a cooling off period of three years between each term. A players association will have to be formed. A representative of the Comptroller and Auditor General of India (CAG) will sit in the Apex Council of 9 members which will replace the working committee. The council will have representatives of players and must include one woman. Each state will have just one vote, with the exception of Gujarat and Maharashtra, where multiple bodies will vote in rotation. There are many such game changing recommendations which might seem to be from Mars to the BCCI but which are very sensible and logical for a body like BCCI which, the court took pains to point out, performs public functions but works like a private body. Acche din are definitely here for cricket in India. Cricket will only improve in India if a modern, no-nonsense, transparent and accountable body runs the show instead of the feudal and regressive organization that the BCCI had become.