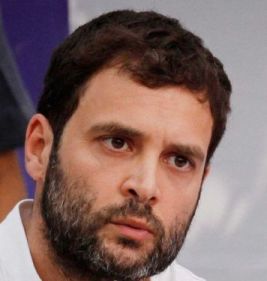 For Rahul, Bangalore is Not Hyderabad

For Rahul, Bangalore is Not Hyderabad

Editor-in-Chief of indiacommentary.com. Current Affairs analyst and political commentator. Writes for a number of publications. View all posts by this Author
A brutal incident happens in Bangalore, Karnataka â a state ruled by the Congress party. What does the otherwise hyper active Congress vice president Rahul Gandhi do? He doesnât utter a single word of condemnation by himself (he condemns it only on being asked)or doesnât show sympathy towards the victim. He just asks for a âreportâ from the state administration, as if they will tell him the truth.

Contrast this with his deep interest in the suicide of Rohith Vemula in Hyderabad. Gandhi then took the trouble to visit Hyderabad twice. He also sat with students on a symbolic hunger strike. He lambasted Smriti Irani and projected himself as the messiah of the dalits.

So where Rahul baba goes and whom he shows sympathy to all depends on the vote catching potential of the incident. It also depends on the mood of the people at that place.

Rahul knew students in Hyderabad were angry with Irani in particular and NDA government in general. So he did not hesitate in stoking the embers further to gain political mileage out of an unfortunate incident. He also knew that even if the students will not welcome him with open arms, at least they will not block his visit.

But he knows that if he goes to Bangalore now, it will reflect badly on his own partyâs government. So he does not even utter a word of sympathy for the African students, does not lambast the state police for being mute witnesses to the incident.

Now contrast this again with the response of other politicians. No leader from NDA has tried to gain political mileage out of it. Everyone has shown sympathy for the Africans.

Rahul should learn from this.