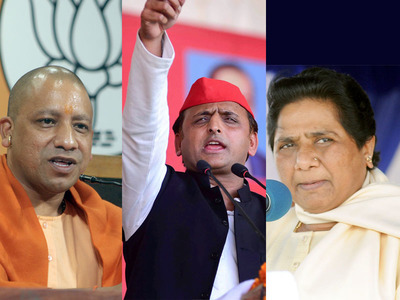 Found! The Formula to Beat the BJP

Found! The Formula to Beat the BJP

Editor-in-Chief of indiacommentary.com. Current Affairs analyst and political commentator. Writes for a number of publications. View all posts by this Author
The SP-BSP combine has given BJP a big shock ahead of 2019. It has won  and won big  in both Phulpur and Gorakhpur parliamentary by-elections in UP. The arrangement between the two avowed enemies, that was thought to be an experiment to see where the BJP stood when opposition votes were not divided, has struck gold. It will demoralize the BJP and redouble the efforts for meaningful opposition unity ahead of the 2019 general elections. For the record, the SP won the Phulpur seat by a margin of over 50000 votes while it won the Gorakhpur seat by 23000 votes.

The reaction of the SP-BSP combine was predictable. They said that the BJP lost because of its arrogance and misgovernance. But the BJP response was interesting. The party said that it had underestimated the SP-BSP alliance. It said that it did not think that almost all BSP votes would be transferred to SP. Obviously this is what happened as the SP had got 21.8% votes and the BSP 22.2% against the BJPs 39.7% in the assembly elections just a year back. Hence their combined votes stood at 44% and were much more than the BJPs tally. When Mayawati supported the SP, she made sure that her workers worked to transfer all the votes. The low turnout in the by-elections also meant that the BJP failed to bring its committed voters to the booth and that cost it dearly.

These results will have many repercussions. The first and foremost will be the immediate downgrading of Yogi Adityanaths status within the party. He will now be seen as someone who could not even retain his home seat. All talk of using him as a star campaigner across India will now be put on hold. For, more than a loss for the BJP, Gorakhpur is a serious personal loss for Yogi. His image of being the Gorakhpur strong man who was invincible has been blown to smithereens. He will also be taken to task for not anticipating what a consolidation of Muslim-Dalit-backward class (MDB) votes could do to the party and not taking steps to prevent it.

Then, these results will send the BJP scurrying back to the drawing board to cook up a different strategy for the 2019 elections. For, the party cannot let go of UP. It will have to devise a counter to the consolidation of MDB votes, as having tasted huge success the opposition is more than likely to strike such alliances in most seats in the state. The BJP will now have to factor in off-beat opposition unity all over the country. Hence, it needs to create situations that prevent such unity from happening. In order to do so, it will itself have to strike new alliances and keep existing allies in good humour. It will also have to tweak its campaign strategy in order to bring committed voters to the booths.

On the other hand, the opposition will see these results as a clear indication that only the prevention of splitting of their votes will stop the BJP juggernaut. Hence, opposition leaders are likely to shed their egos and come together. After all, if Mayawati and Akhilesh can do it, why cant the others? This will become the mantra. Obviously the regional parties can by themselves do only so much and no further. In large swathes of the country  Rajasthan, Madhya Pradesh, Haryana, Gujarat, Maharashtra and Assam - the Congress still remains the principal opposition party and it rules in Punjab and Karnataka. Together these states account for 193 Lok Sabha seats. Hence, any talk of opposition unity will have to factor in the Congress dominance and perhaps accept Rahul Gandhi as their leader. It remains to be seen whether the other opposition leaders accept this situation. It also remains to be seen whether the consolidation of the MBD vote works at the same level when Rahul Gandhi is projected as the prime ministerial candidate.