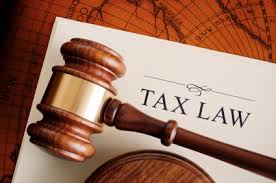 Editor-in-Chief of indiacommentary.com. Current Affairs analyst and political commentator. Writes for a number of publications. View all posts by this Author
The Finance Minister has announced setting up of a 10 member committee to look into the whole gamut of problems in the income-tax laws that lead to a situation where unnecessary litigation is faced by the department, identify these problems and suggest simplification of the same. While this is a welcome step given the huge number of pending cases and the general atmosphere of mistrust between the department and the tax-payers, the very formation of the committee suggest two things: one, that little or no legal and constructive thought goes into the process of drafting such laws and two, tax officers interpret the phrases in the tax laws differently, and often in a biased manner, leading to these fruitless litigation.

The committee, under former Delhi high court judge R.V.Easwar, will no doubt be well placed to carry out the task at hand as Easwar was one of the best tax tribunal judges in the country. But having said this, it will be difficult for the committee to change the attitude of those who draft these laws. They view any simplification as the loosening of the stranglehold they wish to have on the tax-payers. The recent fiasco over the income tax returns was in line with such thinking in the tax bureaucracy. Whispers of large scale corruption in the department have their genesis in the complex tax laws where the tax-payer is asked to either gratify the officer for a favourable interpretation or face a huge penalty which he can fight for ages in the tribunal and the courts. Also, even the most comprehensive simplification process will fail if a stop is not put on the tinkering that goes on with these laws in future. Often, a section or a sub section is changed or amended if there is a court judgment in the tax-payers favour. Repeated tinkering is what goes on to make the tax laws complex in the long run.

For instance, given that India is placed at the near bottom of ease of doing business index, cries of tax terrorism after the Vodafone case and the fact that the Prime Minister wants multinationals to make in India, the finance ministry has undertaken many reforms, notably in retrospective taxation and minimum alternative tax (MAT). But the provision on MAT is so poorly drafted that it does not spell out whether SEZs have to pay MAT. This is a situation that needs to be avoided. Tax laws have to be drafted with a 360 degree vetting that takes into account all possible ramifications. This is beyond the grasp of those who draft such laws which is why we get such phrases that need later simplification.

So what is the solution? Is it formation of committees like the Easwar committee from time to time to detoxify the tax laws of accumulated complexities? This is like asking a surgeon to perform a surgery on a wound that we allowed to fester. Any solution should look at prevention of letting poorly worded phrases creep into the laws. For this, there should be a standing vetting committee attached to the wing that drafts tax laws. This committee should comprise of, among others, retired tax tribunal judges, tax lawyers, chartered and cost accountants, corporate lawyers specializing in transfer pricing, mergers and amalgamations. It should be flexible enough to take in temporary specialists from fields whose taxation matters come before it. It should also not shy away from calling for expert advice from related professionals, in India or abroad, to arrive at a decision. It may consume a lot of time, but after all, all these years the tax department has been deciding in haste only to repent at leisure. A poorly drafted law is an insult to the collected wisdom of all those who contribute in making it. It should be avoided at all costs.