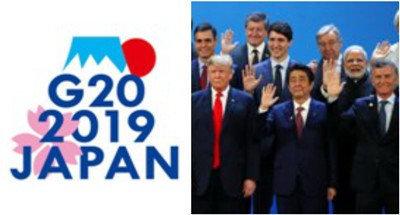 Prime Minister Narendra Modi, in his first major trip abroad after the landslide victory in the general elections, chose to engage with major world leaders in a big way during the G-20 meeting in Osaka, Japan. In three days, Modi had 20 meetings in all out of which nine were bilateral and three multilateral, apart from eight being major engagements on the sidelines. The meetings were held against the backdrop of the supposed worsening of trade relations between India and the US. But Modiâs meetings with all world leaders were cordial even if no major deals were struck.

The important engagements were when Modi had trilateral meetings with Putin and Xi on the one hand and with Trump and Abe on the other. Then, he engaged with leaders of BRICS. Although no breakthrough was achieved (it is too naÃ¯ve to expect a major breakthrough on the sidelines of such events), China and the US decided to hold tariffs till things were resolved (which in itself was a major breakthrough) while commerce ministers of India and the US will sit together to resolve trade issues. But India absented from the data economy summit that was called by the Japanese PM Shinzo Abe to discuss âdata free flow with trustâ, pushing the line advocated by the RBI about having localization of data.

India will hold the G-20 summit in 2022. Although it was launched in 2008 mainly to cope with the global financial crisis, the summit has now become an important platform to discuss all major international issues. Hence, it is necessary for the Modi government to have a clear alternative policy on data in the face of concerted efforts by other nations for the free flow of data. Further, the emerging 5G technology poses questions about the need to have speed and the need to balance it with national security. India has to be more articulate on the subject. By the time the G-20 leaders meet in India, the government will have to take the lead in building consensus on many pressing issues and make sure that the relevance of the summit is enhanced.