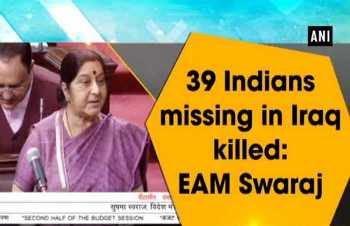 Editor-in-Chief of indiacommentary.com. Current Affairs analyst and political commentator. Writes for a number of publications. View all posts by this Author
It was very distressing for citizens to know that all 39 Indians kidnapped by the IS four years ago were dead. Imagine, then, how much more distressing and devastating it was for the families of the dead to learn about their death, that too from news on television, and especially after four years of hope generated by the government. In case of conflicting versions coming in from remote and strife-torn locations, the best way for the government is to be frank.

Even if the government was unwilling to take the lone survivors version of the hostages being killed at face value, it could have at least been circumspect and said that the whereabouts or wellbeing of the hostages could not be confirmed. It could have said that it was trying to find it out through intelligence and independent sources. Instead, the government chose to raise false hopes by repeatedly saying that they were safe. The families naturally thought that since their men were safe, the government would ensure that they returned home. The anti-climax was definitely tragic for them. Sushma Swaraj, after a series of well-publicized and successful evacuation forays, slipped very badly on this one.

Unskilled or semi-skilled Indian workers, who go abroad, mainly to the middle-eastern countries, already face many problems like crooked job agents who keep them captive by taking away their passports, appalling living conditions and discrimination. If getting caught between warring factions in strife-torn countries and then getting killed is added to that list them many families will never allow their men to go abroad despite deprivation and suffering at home. Although the government cannot ensure their safety in foreign countries, it can at least avoid giving such shocks to the families, especially after keeping their hopes alive for so long. It could have verified the account of the survivor and given the bad news promptly. The MEA and its intelligence sources have goofed up big time on this issue.