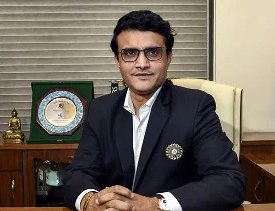 Sourav Ganguly has taken guard as the BCCI president with a flourish, almost like hitting the first ball out of the park. Although outgoing CoA member Vinod Rai praised him by saying that Ganguly is the best person to take over now, Dada does not such endorsements from people who know precious little about the game. He has promised to lead the BCCI in the same manner that he led India and the country knows that the Board is now in able hands.

Saurav Ganguly knows that conflict of interest is a big issue. He said as much after filing his nomination. He also knows that the team is supreme. Having led India and probably having suffered at the hands of the Board mandarins, Saurav is keen not to let Virat Kohli suffer similarly. Hence, he has already put the current skipper at ease by saying that it was the Board's job to "make life easy" for the captain, who is the "most important man" in Indian cricket.

The problems arise only when the Board starts thinking that it is supreme and the team is subservient to it. It has to recognize that it is the performance of the team that brings in the crowds at the stadiums and gets the eyeballs on television and digital platforms and that is what brings in the moolah for the board. Saurav Ganguly knows this well and under him, the Board is expected to strike a good balance between the interests of the Board (and the game of cricket) and that of the players.

Ganguly is also expected to do away with nepotism and favourtism and keep conflict of interest at bay. He is also the best person to take the game to all corners of the country, especially the North-East. The leadership qualities he displayed as captain of India and then as the president of the Cricket Association of Bengal have shown that he is not someone who will allow regressive thinking or maintain the status quo just to please influential persons. Although he has less than one year at the helm, one hopes he uses the time to set things right in the BCCI.