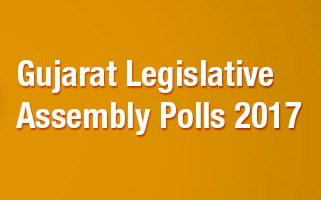 Gujarat: Has Congress Landed Itself in a Soup?

Gujarat: Has Congress Landed Itself in a Soup?

Editor-in-Chief of indiacommentary.com. Current Affairs analyst and political commentator. Writes for a number of publications. View all posts by this Author
Is the Congress partys so-called social engineering going awry in Gujarat? Has the party, once again, made more enemies than friends in its bid to unseat the BJP? Will it make it a free run for the BJP instead of the hopes of a tight finish? These questions come to the mind even as the partys pact with Hardik Patel seems to have ended even before it began. In the process, the party has weakened Patels group PAAS. It has also alienated a large number of voters from the community who feel that the Congress, despite showing a willingness to heed their demands, acted like all other parties when it came to the crunch.

As for Hardik Patel, it seems he was trying to bite more than he could chew. Asking for 12 seats in a seat sharing agreement was pushing too hard on the Congress as it had other Dalit and OBC groups to accommodate. Perhaps Patel was being overambitious. There is no doubt that the Patels form an influential group of voters. But on their own, they can hardly influence the outcome of the elections. At best, they can swing half a dozen seats. The Congress knows this and is hence unwilling to give them more. But the Congress also knows that Patels plus OBC plus Dalits added to its loyal vote bank can swing a comfortable number of seats for it to spring an upset. Hence it was willing to accommodate Patel to an extent. But it seems Congress was talking in English and Patel was listening in Gujarati. There can be no other explanation for the pact being still-born.

The Congress has landed itself in a soup. Already, Dalit, OBC and other local groups it was trying to win over were angry with the party for giving a long rope to the Patels. Now with Patels also angry, the party has the unenviable task of trying to placate each of them and balancing it with the aspirations of its own local leaders. Congress leaders in the state, although willing to shake any hand if it helps them win power, also want to protect their own fiefdoms. For they know that elections come and go but assiduously built fiefdoms cannot be reconstructed if taken over by local groups. Lower rung local satraps will resent if allies are given seats in their area.

In trying to sort this out, Rahul Gandhi will have a baptism by fire if he is made Congress president before the Gujarat elections. For, it seems that in its haste to ally with all supposed anti-BJP groups in its social engineering drive, the Congress has lost track of the software.