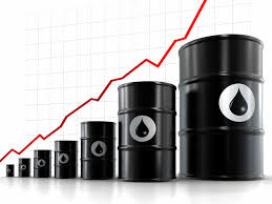 Has The Price Of Petrol/Diesel Actually Risen Very Steeply?

Has The Price Of Petrol/Diesel Actually Risen Very Steeply?

Editor-in-Chief of indiacommentary.com. Current Affairs analyst and political commentator. Writes for a number of publications. View all posts by this Author
Usually I do not go through all forwarded messages on Whatsapp and delete them without reading. But this one caught my eye because of the topic  rising price of petrol and diesel. Looking at the figures, at first I thought it was one of those messages regularly being circulated by the army of bhakts of either side of the political divide. But on an impulse I decided to check the figures on the Indian Oil website. All the figures given in the message tallied.

Since the free pricing regime was introduced, the NDA government had managed to bring the prices down to as low as Rs. 56.49 in February, 2015. Since it is all related to international pricing, it is useless blaming the government for the current rise. Of course the central government can work out a formula to absorb some of the shock by reducing import duties on crude, excise on finished products and other Central taxes. It can also persuade the state governments to reduce state taxes when international prices go up and oil companies have to raise prices.

But to start an agitation just because prices are rising is negative politics. Did the same opposition leaders issue certificates of commendation when the price was just Rs. 56.49 two years back? As for operators of public transport, taxi-cabs and goods transport, they should be told in forceful terms that since they did not reduce prices when petrol/diesel prices were low in 2015, they have no right to ask, or even agitate, for upward revision of fares or freight now. In every business, there is a cycle when at one time one reaps the benefit of low input prices and at another time one has to bear the brunt of increased costs. In any case, since the current rise has taken the price to only 8-9% over the price in 2014, there is no need to revise fares or freight. The same goes for airlines. The government should call their bluff by confronting them with figures. You can see the figures for yourself here