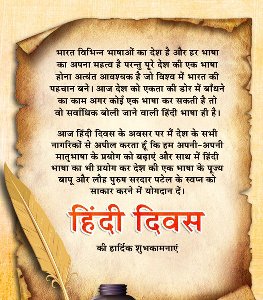 Hindi: Popularize It But Do Not Impose It

Hindi: Popularize It But Do Not Impose It

On the occasion of Hindi Diwas, Amit Shah tweeted that although India is a country where numerous languages are spoken and every language is important, since Hindi is spoken in many states and is the most widely spoken language, it should be adopted as the language that can unite the country and be the voice of India internationally. It was a very measured tweet that neither tried to impose Hindi nor tried to say that it is superior to other languages. In an address, the home minister also said that the government will take measures to hold Hindi Diwas in different states and help in the teaching of Hindi in non-Hindi speaking states. Still, there was no whiff of Hindi imposition. Yet, it drew howls of protest from the usual suspects - the politicians from the southern states.

MK Stalin, DMK chief and the leader of the opposition in the Tamil Nadu assembly, reminded Shah that the country was India and not Hindia. He warned the Centre of a 'language war' if Prime Minister Modi did not issue a clarification on Shah's remarks. Murmurs about the imposition of Hindi were also heard from Siddaramaiah, Mamata Banerjee and Shashi Tharoor. But are their fears genuine? Is the government trying to impose Hindi?

Take a look around you. While English is the language of business and of the elite, it is Hindi and the other regional languages that rule the roost when it comes to everyday use by the common man. Regional language newspapers and magazines have mind-boggling circulations in their respective states while the Hindi ones give others a run for their money in the states where it is spoken. The same goes for Hindi websites.

Hence, while it is definitely wrong to impose Hindi, popularizing it through learning classes and trying to make it the common thread of uniting India will do no harm. English could have taken that place but given the fact that it is spoken and understood by only 10% of the population while Hindi is spoken by 45%, it will be a tough task now. But since it is expected that English speakers will rise at a rate of 20% annually, the government must push for both Hindi and English to be the threads that can unite India and let who wish to speak their mother language do so unhindered. India will have to let students who do not have Hindi as their first language to choose if they want to learn Hindi. But there is no harm in popularizing Hindi without lessening the importance of other languages.