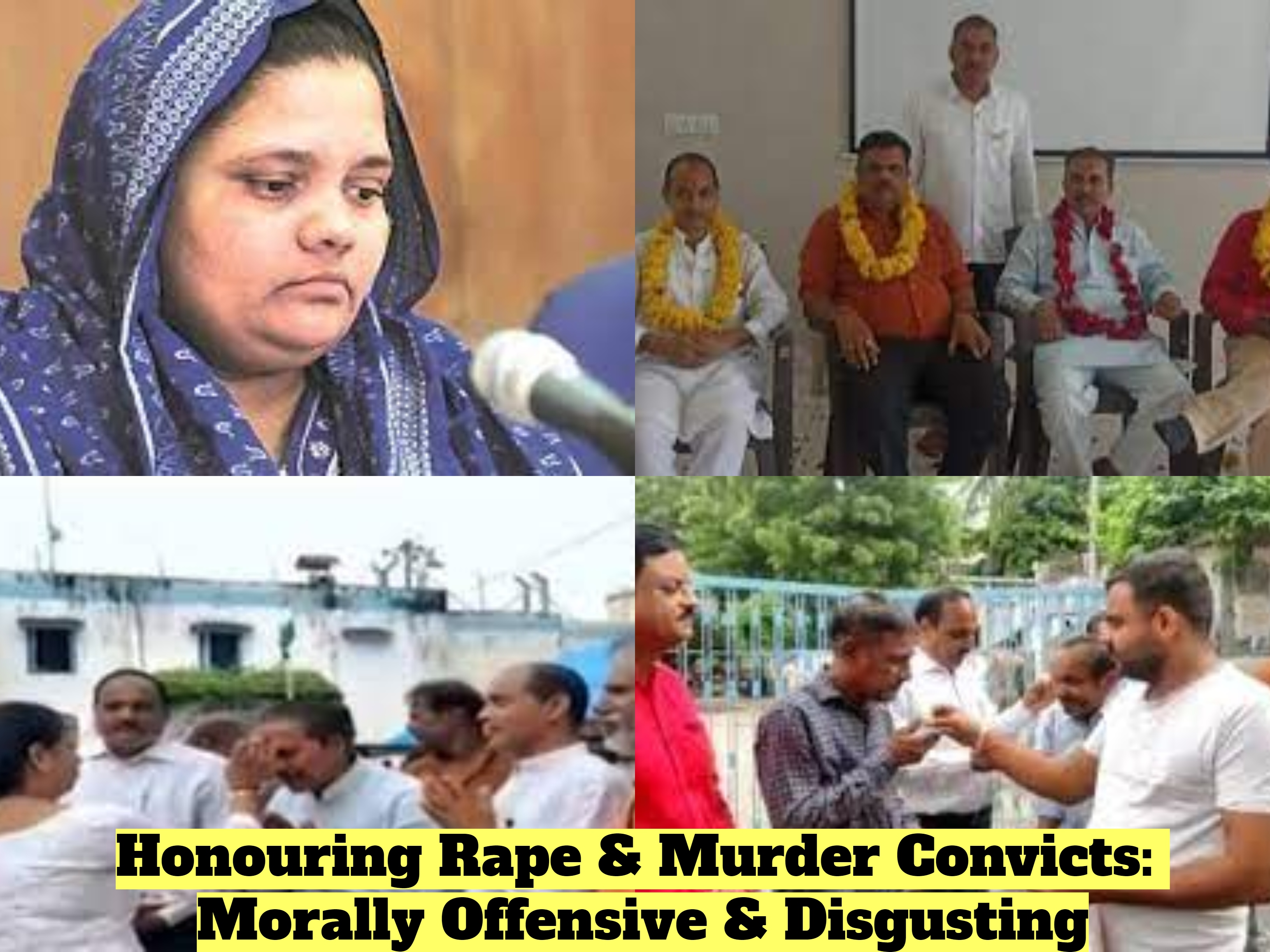 Honouring Rape & Murder Convicts: Shows The Depravity Of A Section Of The Society

Honouring Rape & Murder Convicts: Shows The Depravity Of A Section Of The Society

The Gujarat government released 11 convicts in the Bilkis Bano rape case in which 7 persons of her family were also brutally murdered. Despite the Centre expressly saying in its notification for release of convicts on compassionate basis on completion of 75 years of Independence that rapists were not to be released, the Gujarat government went ahead and released them. Although the state took the decision on the basis of a Supreme Court directive asking it to take a decision on the plea of a convict, it should have heeded the Central advice and refrained from releasing such high profile rape convicts.

The matter was very complicated and many conflicting issues were involved. Although the Supreme Court asked the Gujarat government to decide on the release plea, there is a body of opinion that says that the Maharashtra government should have taken the decision as the case was decided in the Mumbai HC. Also, the judge who passed the conviction order, Justice U D Salvi, should have been consulted. The constitution of the committee that decided on the release order has also been questioned.

While it is true that a life sentence means a sentence for the rest of the convict's life, there is a provision in the IPC through which, based on certain conditions, a convict for life can apply for remission after spending 14 years in jail. But is it moral to let rapist or cold-blooded murders take advantage of this? Is it moral for the state government to allow them to take advantage of this? If the discretion is on either the courts or the government to allow remission, many other factors must be considered and the decision must not be based only on the letter of the law.

Further, the way the convicts were feted when they returned to their village was disgusting. The immediate family of the convicts can be pardoned if they express joy at their release but when the whole community welcomes them with open arms and fetes them as if they had committed a heroic act by raping a woman and killing 7 of her family, one feels sorry for the values being followed in society.

It is good that the Supreme Court has decided to take a look at the release order and has issued notice to the Gujarat government. Although the Supreme Court also raised the question that the mere horrific nature of the crime does not prevent remission of convicts and there is no exception, it must now look at the entire gamut of conflicting arguments in the case and the applicability of law and precedent and perhaps pass a landmark verdict which will prevent governments from releasing such convicts in future. But if the court goes solely by the letter of the law, one cannot expect that.