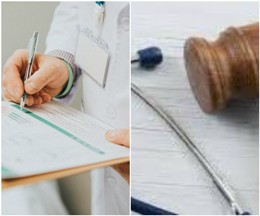 Hospital "Vicariously Liable" For Medical Negligence On Part Of The Doctors Employed By It, Rules The Supreme Court

Hospital "Vicariously Liable" For Medical Negligence On Part Of The Doctors Employed By It, Rules The Supreme Court

In a recent judgment, the Supreme Court confirmed once again that a hospital is vicariously liable for the medical negligence of doctors in its hospital. It awarded the respondent Rs 76,00,000 as compensation for negligence on part of the doctors at the hospital resulted in him being totally blinded for life. The court was of the opinion that the hospital cannot shirk its responsibility towards the patients for the negligence of doctors employed by it. The court said that patients took admission in a particular hospital based on its reputation and expected a certain standard of care.

It said that "it is common experience that when a patient goes to a hospital, he/she goes there on account of the reputation of the hospital, and with the hope that due and proper care will be taken by the hospital authorities. If the hospitals fail to discharge their duties through their doctors, being employed on job basis or employed on contract basis, it is the hospital which has to justify the acts of commission or omission on behalf of their doctors." If patients suffer any damage to their health due to the negligence of medical professionals attached to the hospital, they have every right to claim compensation from it.

In the case of Maharaja Agrasen Hospital & ors. Versus Master Rishabh Sharma & ors., doctors at the hospital failed to carry out Retinopathy of Prematurity (ROP) on the respondent when he was born pre-maturely and this led to him being totally blinded for life. It is mandatory for doctors to conduct certain tests on pre-term babies and ROP is one of them. The court referred to various cases on medical negligence and the Bolam Test and subsequent medical negligence jurisprudence across the world and opined that "a medical professional should be alert to the hazards and risks in any professional task he undertakes to the extent that other ordinarily competent members of the profession would be alert. He must bring to any professional task he undertakes reasonable skill that other ordinarily competent members of his profession would bring."

The court in its judgment noted that while the baby was kept in the hospital for 27 days, there was no ROP conducted by the attending doctors, nor was one prescribed. It also noted that although the baby was brought to the hospital for frequent follow-up checks after release, the attending doctors still did not prescribe for a ROP to be carried out. Later, when the mother of the baby took him to an eye hospital, he was diagnosed to be suffering from ROP stage 5. When the mother requested for in-patient records from the hospital, they dilly-dallied for two years. When they did provide the records, they indicated that a ROP was conducted on the baby in the hospital. The mother disputed this fact and gave a written reply to the hospital to this effect.

When she filed a complaint before the National Commission, the Commission, on examining evidence on record was not convinced that a ROP was indeed carried out as there was no mention of the way the procedure was conducted and it did not find a mention in the Nurses' Daily Records too. The court also referred to a similar case, V Krishnakumar vs. State of Tamil Nadu where it had pointed out the necessity for conducting ROP after a detailed study of medical literature. The court came to the conclusion that since it was not proved beyond a reasonable doubt that a ROP examination was conducted on the baby in time at the hospital and since the discharge slip did not prescribe one subsequently, nor was one conducted when the baby was brought to the hospital for follow-up checks correctly to the Pediatric OPD, the hospital and the doctors were guilty of gross negligence of duty and for causing permanent damage to the eyes of the prematurely born baby.

Considering the fact that the case had lingered for long and was before the apex court for three years, the court enhanced the compensation awarded by the National Consumer Disputes Redressal Commission (NCDRC) by Rs 12,00,000 and prescribed in detail how and where this amount was to be used or invested for the benefit of the respondent who was a minor.