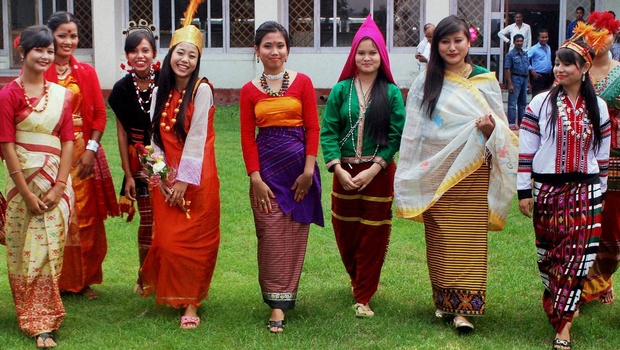 "Immigrants" from North-East or Antipathists in Delhi?

"Immigrants" from North-East or Antipathists in Delhi?

Editor-in-Chief of indiacommentary.com. Current Affairs analyst and political commentator. Writes for a number of publications. View all posts by this Author
In a long line of ignorance, injustice, discrimination and even hatred displayed toward people from the states in the North-East of India, the BJP has called them ÃÂ¢Ã¢âÂ¬Ã"immigrantsÃÂ¢Ã¢âÂ¬ÃÂ in its Vision document for Delhi. When questioned, the party has said that it was an ÃÂ¢Ã¢âÂ¬Ã"inadvertent error.ÃÂ¢Ã¢âÂ¬ÃÂ This is an age old trick by which writers try to get away with silly or lazy mistakes and at times even try to explain away an intended word or phrase if it is criticized. But the BJP is not an organization of writers. It is a political party which is ruling at the centre and making a pitch for an all India presence. If people in the party do not even know about the North-East and its people, how will they know about their problems? And no, the excuse of ÃÂ¢Ã¢âÂ¬Ã"inadvertentÃÂ¢Ã¢âÂ¬ÃÂ error does not hold water as any such vision document must have passed through the eyes of many editors and party leaders. So do we now believe that the BJP has no concern for these people as they are ÃÂ¢Ã¢âÂ¬Ã"immigrantsÃÂ¢Ã¢âÂ¬ÃÂ in its eyes?

People from the North-Eastern states of India, due to their mongoloid features, have always been at the receiving end of public antipathy all over India. They are taken to be Nepalese, Tibetan or Chinese. Such is the ignorance about states like Meghalaya, Nagaland, Mizoram, Arunachal Pradesh, Tripura, Assam and Manipur that most Indians do not know what kind of people live there, let alone knowing about their customs and problems.

Several recent incidents reinforce this fact. Most recently, when the Chinese President was taken to Ahmedabad on his recent trip to India, there was a shopping mall across the road from the hotel where he was put up. In this mall, there were several employees from the above states. The Ahmedabad police advised them to stay away from work for the days the foreign guest was supposed to be there. Like most other Indians, the police thought they were Tibetans and might raise pro Dalai Lama and Free Tibet slogans before the Xi Jinping. In order to avoid embarrassment to the high profile guest, they trampled upon the rights of valid Indian citizens and made them feel unwelcome in their own country.

Girls from these states are regularly harassed as they are seen to be of ÃÂ¢Ã¢âÂ¬Ã"loose morals.ÃÂ¢Ã¢âÂ¬ÃÂ Some of these girls might drink, smoke or wear skimpy clothes in public or might work in massage parlours in cities, but that does not mean they are easily available or whores, to use the word being used on the streets. While their lifestyle is a reflection of the bindaas lifestyle they are used to in their home states, their choice of work is no oneÃÂ¢Ã¢âÂ¬Ã¢"Â¢s concern. For, these are not the only girls who work in massage parlours. But since their features are a giveaway, they are marked.

There have been incidents in Delhi and Bangalore where boys from these states have been brutally attacked. Students from the North-East have taken admissions all over India as opportunities for higher education are almost non-existent in the region. If they are constantly subjected to abuse and much else, how can we harbor hopes of getting them on board a resurgent India? On top of this, the insensitive mistake by the BJP is unpardonable, especially since Assam and Arunachal Pradesh gave it MPs. The BJP ÃÂ¢Ã¢âÂ¬Ã¢â¬Åand the nation -need a crash course in what is there in its North-East.