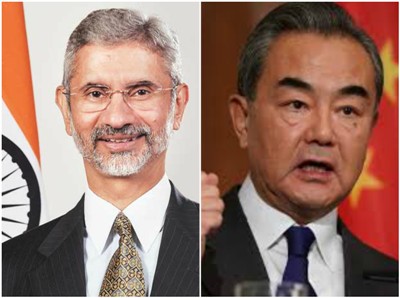 External Affairs Minister S Jaishankar met his Chinese counterpart Wang Yi on the sidelines of the Shanghai Cooperation Organization (SCO) meet in Moscow on Thursday. They agreed on a 5-point formula to ease the border standoff between the two countries which has now been going on for 6 months. In what was described as a âfrank and constructiveâ discussion, the two leaders sought to base their agreement on existing protocols and agreements between the two countries as well as what was agreed between Prime Minister Modi and President Xi in two informal meetings in 2018 and 2019. The two leaders had firmly decided not to let differences between the two countries to escalate and become disputes.

The two foreign ministers agreed that the situation as it now existed at the LAC was not in the interest of either side. Hence, they agreed that the âborder troops of both sides should continue their dialogue, quickly disengage, maintain proper distance and ease tensionsâ. A joint statement was issued to this effect. They agreed to have dialogue and communication through the Special Representative (SR) mechanism on the India-China boundary question. They also agreed the Working Mechanism for Consultation and Coordination (WMCC) on India-China border affairs should also continue its meetings.

It was extremely important to have a meeting at the highest level to restore normalcy at the LAC. Defence Minister Rajnath Singh had also met his Chinese counterpart in Moscow recently. But these meetings will bear fruit only if the Chinese side is serious about them. For the last two months, it is being seen that what is agreed in talks between the commanders of both sides is not adhered to by the People's Liberation Army (PLA). While the commanders agree not to escalate tensions, the PLA advances in some sectors, forcing the Indian army to take defensive action. That once again increases tensions. After several rounds of military talks, the PLA recently sent soldiers armed with spears to take possession of strategic heights in the Pangong Tso area, leading to warning shots being fired, a first in 45 years. No talks will be successful if the PLA indulges in such misadventures.