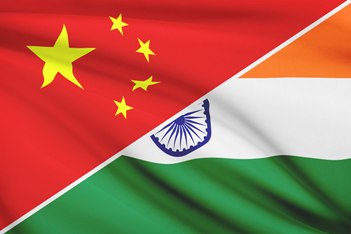 Indo-Chinese Relations: Not on the Same Page

Indo-Chinese Relations: Not on the Same Page

Editor-in-Chief of indiacommentary.com. Current Affairs analyst and political commentator. Writes for a number of publications. View all posts by this Author
Can the elephant and the dragon dance together? Certainly, if they are drawn towards each other without animosity. But when China says that they can, referring of course to Indo-Chinese relations, one has to take it with a pinch of salt. For, the dragon has either been spewing fire at the elephant or has tried to lash it with its thorny tail for a long time now. Even if one forgets the past, in recent months the Chinese have proactively blocked Indias attempts to become a member of the Nuclear Suppliers Group (NSG) and have consistently refused to allow Indias petition at the UN to declare Masood Azhar of the Pakistani terror group Jaish-e-Mohammed a designated terrorist. These, among several others, are unfriendly acts that are making the elephant hear a tune that is different from what the dragon is hearing. Hence, even if they dance together, their steps will not match.

Let us take the second act first. Chinas intransigence on this score is incomprehensible for an irrefutable reason. Jaish-e-Mohammed itself is a UN designated terrorist organization (which is unfortunately not banned in Pakistan). If the organization is so designated how one can say that the founder and current head is not a terrorist. One can either ignore both the parent and the baby, but if the baby is recognized the parent too has to be. Masood Azhar and Jaish-e-Mohammed are both carrying out their nefarious terrorist activities aimed at undermining Indias security and sovereignty from Pakistan, a nation with whom China says it has an unbreakable friendship. China has put Pakistan above Indo-Chinese relations and yet it wants the elephant to dance with the dragon!

As for blocking the NSG membership, the Chinese insistence on clubbing Pakistan with India in a bid to get membership for both or neither is stupid. There is a huge difference in how India and Pakistan conduct their nuclear affairs. While India procures its supplies and technology from official channels and is transparent in its dealings, Pakistan has been known to source from dubious channels and steals technology. While Pakistan is feared worldwide as a rogue nation that can trigger a nuclear war, the whole world recognizes Indias need for nuclear technology for energy. The main reason is that since China is not a member of Missile Technology Control Regime (MTCR) while India is, it desperately wants to join MTCR and denies India an entry into NSG as some sort of trade-off. Yet, it thinks the dragon can dance with the elephant.

Apart from this, China has been constructing roads in the Indian territory it occupies. It is constructing dams across the Brahmaputra in Tibet although it has reached out to India by saying that it does not want a water war with it. It has been actively wooing Nepal, Bhutan, Sri Lanka and Bangladesh and its attitude in those countries shows that it wants them to turn against India. With Pakistan, it has a deep military and trade relationship. The only concession it has made to India was not supporting Pakistan overtly on the issue of cross-border terrorism recently. It regularly claims that large parts of the north-east are its territory. Despite a huge and heavily skewed (in Chinas favour) trade relationship, China has shown that in its bid to achieve regional hegemony, it will do all to put India at a disadvantage. With India seeking to modernize and add teeth to its armed forces, China will increase its overt and covert attacks on India. Hence, a lot will have to be done in Indo-Chinese relations before the elephant and the dragon can hear the same tune and dance together.