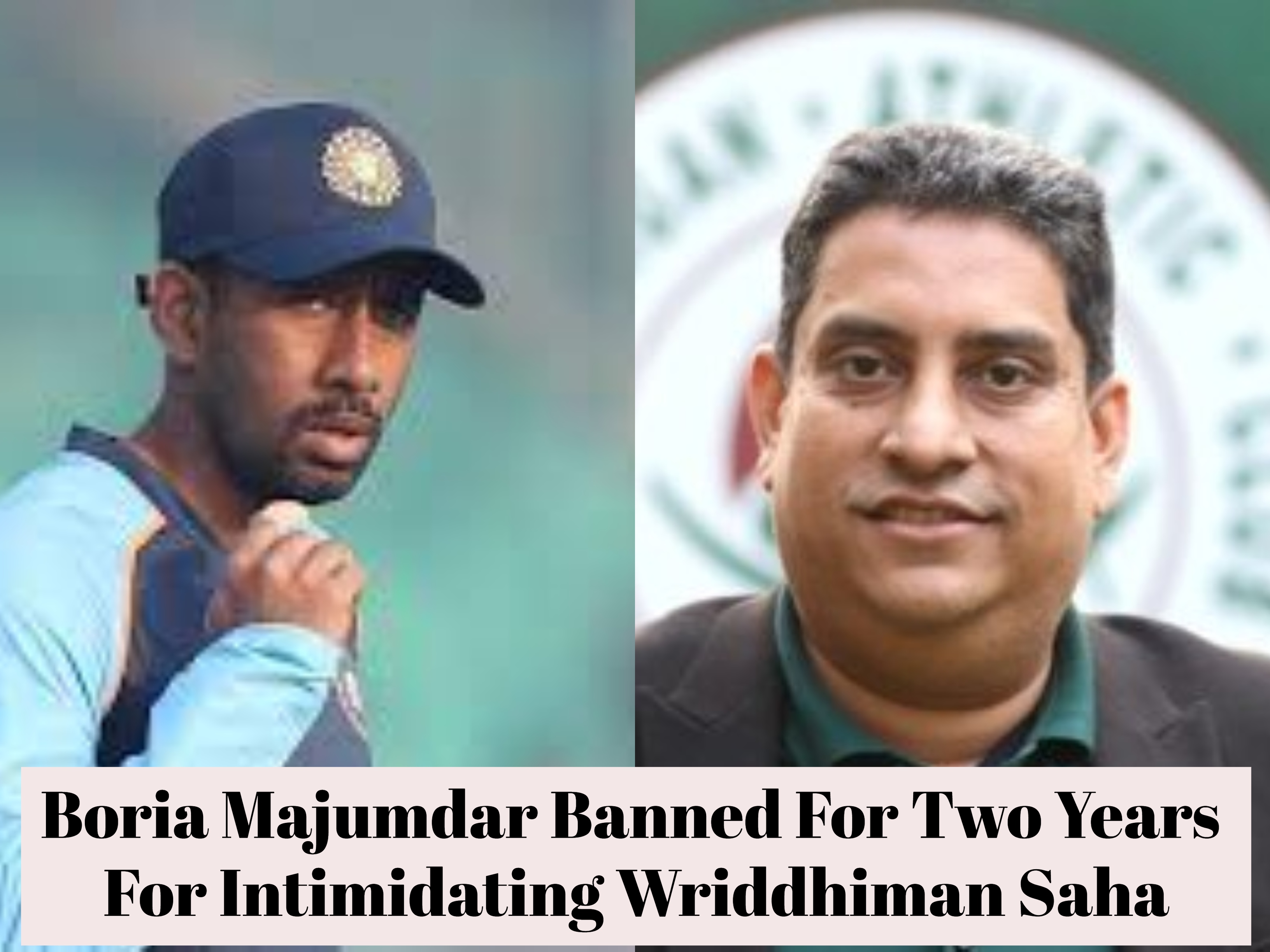 Bringing the curtains down on the sordid saga of a senior journalist acting as a privileged species and threatening an ex-India player, the BCCI today banned Boria Majumdar for two years from all activities related to accreditation for domestic and international matches in India, accessing of playing, coaching and other facilities and interviewing players. This is just punishment for the scribe who tried to browbeat former Team India wicketkeeper Wriddhiman Saha into giving him an interview and turned hostile when Saha did not reply to his messages.

Saha first made the matter public in tweets without naming the journalist. But when there was universal condemnation of the behavior of the journalist, the BCCI set up an inquiry and asked Saha to disclose all facts related to the issue. Meanwhile, fearing the worst, Boria Majumdar also came out with a video disclosing that it was indeed him that Saha had accused. After hearing Saha's version and obtaining screenshots of all conversations, the BCCI decided to ban Majumdar.

The comprehensive ban imposed on Majumdar includes getting accreditation as a member of the press in any of the cricket matches (domestic and international) in India, from interviewing any registered players in India and from accessing any facilities owned or leased by BCCI or member associations.

This will perhaps prevent journalists from displaying such intimidating behavior towards players in the future. The media must recognize that scribes and players must always maintain a healthy two-way relationship. Players do not resent constructive criticism but will not tolerate such browbeating. Saha must have had hundreds of reasons for not replying to Majumdar's messages and his intimidating response was clearly out of place. The BCCI has done the right thing by making Majumdar persona non grata in cricketing circles for two years.