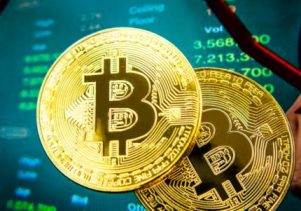 Is Bitcoin Headed For Zero?

Is Bitcoin Headed For Zero?

Editor-in-Chief of indiacommentary.com. Current Affairs analyst and political commentator. Writes for a number of publications. View all posts by this Author
Is Bitcoin headed for zero? At least one expert, Jeff Schumacher, otherwise very upbeat on the blockchain technology, thinks so. He echoes the sentiments of billionaire investor Warren Buffet who had said that you cant value Bitcoin as it is not a value producing asset. Schumacher also said that I think its a great technology but I dont believe its a currency. It's not based on anything."

While Schumacher and many other experts are totally taken in by the blockchain technology, they are not much enthused by its use to develop coins or currency units that are not backed by anything and are drawing the attention of financial regulatory authorities across the world. Most central banks believe that they cannot allow a parallel financial system to exist, even if backed by cutting edge technology.

Hence, while blockchain technology is taking giant strides and the next generation platform is already under an advanced stage of development  it will bring in open decentralized systems  the future of Bitcoins and other me-too products are under a cloud. Tidjane Thiam, CEO, Credit Suisse Group AG put it succinctly when he said that from what we can identify, the only reason today to buy or sell Bitcoin is to make money, which is the very definition of speculation and the very definition of a bubble. Chinese billionaire Jack Ma, the founder and chairman of Alibaba also held similar views when he said that blockchain technology could change our world more than people imagine. Bitcoin, however, could be a bubble.

It is true that cryptocurrency does not meet the four basic requirements for it to be called or treated like other currencies  it is not backed by anything, it does not produce any value, it is not supported by any government or central bank and it is not widely accepted, either internationally or in any defined geographical area. It is also true that those who are making an investment in these so-called currencies are driven more by greed than any long term view of it gaining acceptance. Hence, the day is not far off when not even the complex algorithms that go into the making of a Bitcoin will be able to save it from extinction.