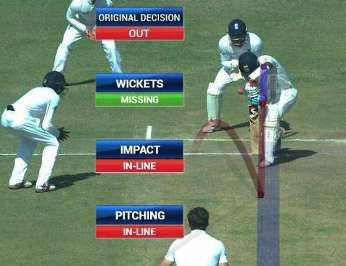 Editor-in-Chief of indiacommentary.com. Current Affairs analyst and political commentator. Writes for a number of publications. View all posts by this Author
The DRS or the Decision Review System is fast degenerating into DRRS or the Dressing Room Review System. First it was Steve Smith, the Australian captain, who had a brain fade (how convenient!) and looked towards the dressing room to see whether a DRS could be taken. Now, it was Dilruwan Perera of Sri Lanka who looked towards the dressing room and the guys there blatantly signaled him to take the DRS. Perera even acknowledged their help with a shake of the head. Then he staged a little act, went to the crease and immediately signaled to the field umpire that he wanted the decision to be reviewed. All this was recorded on tape and the commentators spent a good time discussing this. Some people are not playing the game in the right spirit.

Any action of on-field players that breaks cricketing laws is illegal. In plain English, it is called cheating. Maybe if you are from a sophisticated English-speaking background, you might get away with calling it a brain fade. But what excuse will Perera or the Sri Lankan dressing room make? I think that the ICC made a huge mistake in letting Steve Smith walk away without any penalty in the brain fade incident. It has emboldened the likes of Perera as they feel they too will not be penalized. Hence, if it is established that a player looked towards the dressing room and got a signal from there after which he asked, or did not ask, for DRS, then the player and the team captain should be fined 100 percent of their match fees. Additionally, the player should be banned for a minimum of three international matches.

The above penalty will seem very harsh to some. Before thinking so, it must be kept in mind that the DRS was devised as a tool to aid both the playing sides to take advantage of technology and get a review of the field umpires decision by the third umpire who has the benefit of television replays, nick-o-meter and other mapping aids. But the doubt in the mind must come to the player or players involved in on-field action as they have just the real-time view like the field umpires. The dressing room guys have the benefit of having watched the television replays. Hence, if they signal to the on-field player, it is cheating. Since one reversed decision can change the course of the match, the penalty must be commensurate with the action. Unless the ICC takes a strong exception and starts penalizing players for seeking dressing room nod for DRS, the whole system will become a sham and may even collapse.