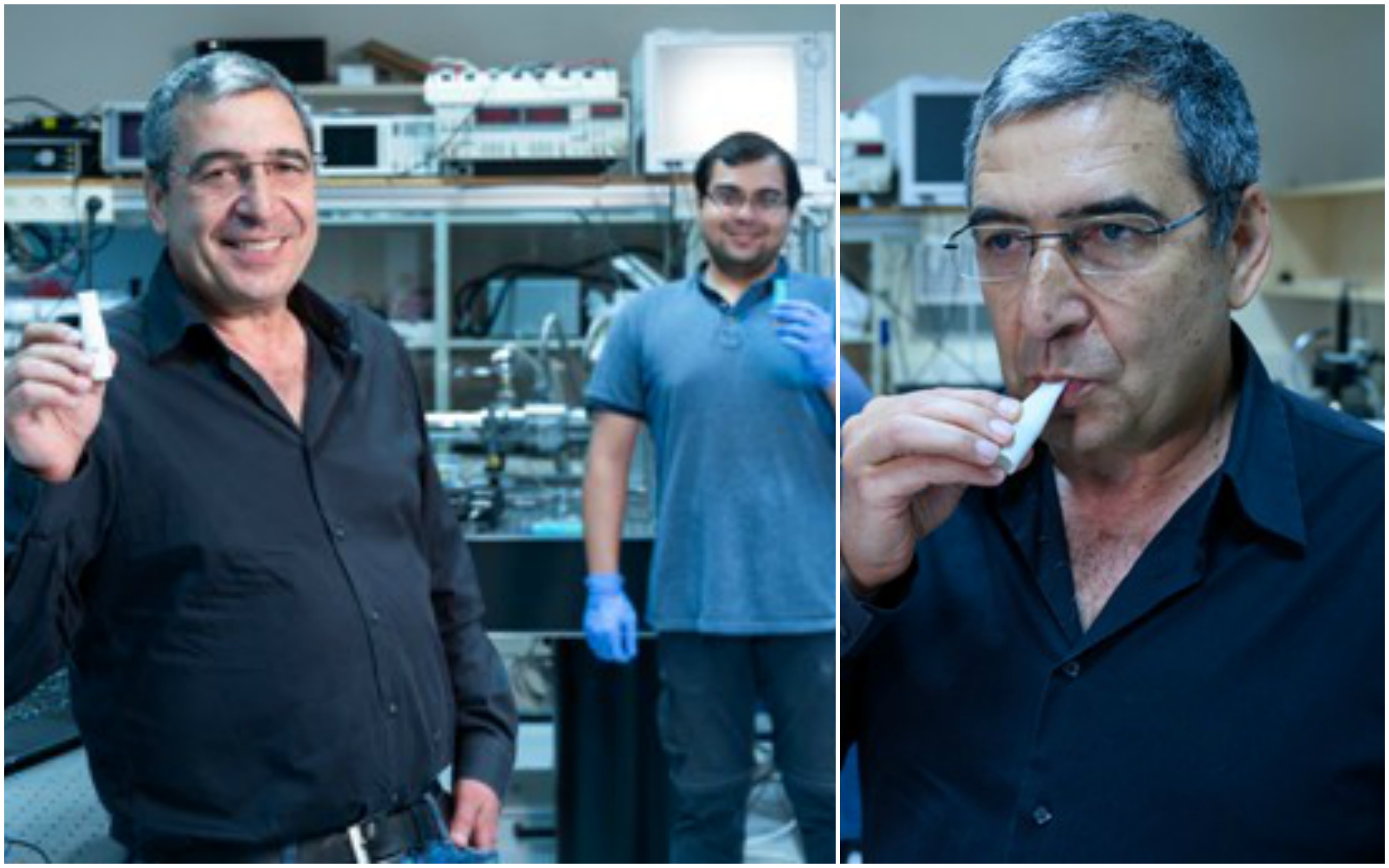 An Israeli scientific team claims to have invented the world's first Covid-19 breathalyzer. Professor Gabby Sarusi at the Ben-Gurian University in Negev thought of a brilliant idea to move away from the general thinking of detecting the SARS-CoV-2 virus through chemical analysis of nose or throat swabs. "We asked ourselves, since this virus is just like a nano-particle or a quantum dot with a diameter between 100nm to 140nm in terms of its size and electrical properties, can we detect it using methods from the worlds of physics, photonics and electrical engineering? We discovered that the answer is yes, this virus resonates in the THz frequency, and spectroscopy in these frequencies reveals it promptly," said the professor whose team is working with Israel's Defence Ministry.

The hand-held device designed by the team will contain a chip with densely packed sensors to capture tiny particles from the breath, including any viruses. The information collected by the chip will then be passed through a THz spectroscopy, which takes about 20 seconds. It will be analyzed for changes in resonance in the THz spectral range caused by the coronavirus. The result will be available in a minute even for asymptomatic persons. The invention is said to have had a 90% success rate in trials conducted until now.

Although the device is now under the validation stage, it will soon be submitted for approval to the US Food & Drug Administration and if it is cleared then it can be launched in the market by September this year. The professor and his team are upbeat of its success and visualize a huge market in global entry point at airports, ports, workplaces and for random tests in densely populated countries like India. Obviously, if the device is as successful as claimed, it will help in the early detection and isolation of infected persons and will prevent community spread in many countries. But it is too early to comment whether it will be effective as claimed.