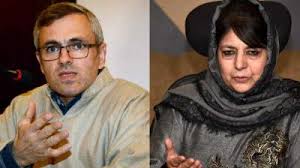 J&K: Delaying The Political Process Will Backfire In The Long Run

J&K: Delaying The Political Process Will Backfire In The Long Run

Six months have passed from the time the Centre took the momentous steps in J&K to remove Article 370, redraw the boundaries of the state and make both J&K and Ladakh Union territories (UT's). It had also put all front line political leaders of the state under house arrest or preventive detention without any charge to prevent them from protesting against the action and maybe lead rallies that would have spun the situation out of control. Though a draconian step, it seemed appropriate at that time to prevent bloodshed and strife. But little did we know that the government was bent on keeping them arrested for an indefinite period. Now, as their preventive detention without any charge is no longer tenable, they have been slapped with charges under the draconian Public Safety Act which allows detention without trial for three months. It can be extended multiple times without a court order.

This is a regressive step by the government. J&K would return to full normalcy only if elections are held under the new scheme of things. For this, it is necessary that the top political leadership is released from detention and allowed to meet the people. The reality is that Article 370 is no longer there and so J&K does not enjoy special privileges. The political leadership in the state will have to live with this. If they are released and if they accept the new ground reality and work accordingly, they should be allowed the political space. If they incite the people and cause strife, they can be rearrested under applicable laws. But to keep them incarcerated just on the assumption that they will disturb the peace is undemocratic and will backfire in the long run.

The Kashmir valley is showing signs of returning to normalcy. It is being reported that the lower-level leadership in both the National Conference and the PDP has accepted the new ground rules. Their acceptance has largely been influenced by the view around the world that J&K is India's internal matter. If Pakistan had got traction for its views about J&K maybe the Kashmiri politicians would have sided with it. But with Pakistan unable to bring any major nation or group around to its view, they have been left with no alternative. Hence, the government would do well to release Omar Abdullah and Mehbooba Mufti to resume the political process in the state.

It is doubtful whether the UT of J&K would develop to its full potential under the Lieutenant Governor. Any state needs elected representatives of the people to draw up and implement schemes for its development. Indefinite denial of this to the people of J&K will defeat the purpose of removing Article 370. J&K will integrate faster with India if it is developed like the rest of the country. For this, it needs an elected government. The government must not delay the political process by keeping the entire top political leadership of the state behind bars.