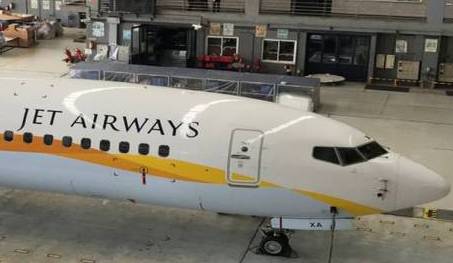 View all posts by this Author
For the first time in recent memory, lending banks acted with great sagacity and hard-nosed business sense by refusing to provide emergency funds to keep the sinking Jet Airways afloat. If they had provided the funds, it would have been a classic case of throwing good money after bad. There is little chance of the lenders recovering their debt without taking a substantial haircut (reports suggest it could be in the region of 80%). In this scenario, lending Rs 400cr of emergency funds would have been extremely foolhardy.

The troubles being faced by Jet Airways are a result of mismanagement. It is common knowledge that margins in Indias aviation industry are wafer-thin. Was there any justification then for Jet to make selling and general expenses of 15-17%, especially when Indigo was doing a better job than it by spending just 2-3% under those heads? With the price of aviation fuel making up nearly half of their costs and with airlines having no control over it, they have to curtail other expenses to shore up margins. The Centre can also help by reducing some levies and airport charges which are among the highest in the world.

The lenders have called for Expression of Interest (EOI) from prospective bidders to offload their investment. But one feels that the condition Jet is in, there will be little or no interest from buyers and even if they show interest, it will be at a price that will not be acceptable to lenders. The lenders made a huge mistake by letting things come to such a pass, especially when the financial troubles of Jet were known as early as from September 2018. As time will pass, it will become more difficult to find a buyer as Jets slots and other benefits will be passed on to other airlines, making it even less attractive to suitors.

Not many tears need to be shed for the collapse of Jet Airways. Some of the employees will obviously face hardships but the planes will be leased by other airlines and the slots will be reallocated. After a period of uncertainty and jump in ticket prices, things are likely to return to normal. The only fear is that if Indigo, which already has a 43% market share, gets to dominate the skies, it will kill competition and fliers will suffer. Hence, it is imperative that the government stops subsidizing Air India with the hard earned money of the taxpayers and relaxes the norms for privatizing it. Further, to prevent more such collapses, airlines should take a more pragmatic stand on ticket pricing to bring margins to a level where they can sustain operations.