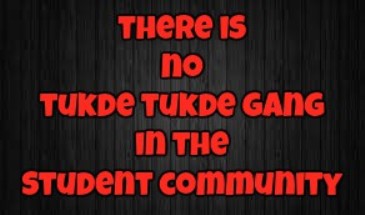 It is indeed shameful and disgusting that several false narratives are being spread by the BJP vis-Ã -vis the brutal attack on JNU students by ABVP men supported by goons. In one narrative, it is being said that it was an attack by the Left on the Left. In another narrative, unknown persons having no political affiliation are said to have attacked the campus. But none of these hold water in the face of emerging evidence and the way the JNU was being targeted for the last few months.

A video that was put up on social media in which an attacker was said to be a member of the Left union turned out to be fake as a fact check by Alt-news revealed that he was an ABVP member. Anima Sonkar, a joint secretary in the Delhi unit of ABVP identified two attackers to be ABVP members in another video. Among the crowd standing at the gate when the brutality was being perpetrated inside was a local BJP leader who instructed his men not to allow help to go inside or let students come outside. How much more evidence is needed to pin charges?

Instead of taking speedy measures to identify and arrest the culprits, it seems time is being given to them to disappear. The role of the Delhi police is increasingly being questioned. The group that entered the campus with sticks and iron rods was not small and they did not enter furtively. It was a 150-strong group and they entered together and with impunity. Why did the police, who were guarding the campus, allow them to enter?

The government is not really interested in punishing the culprits. In its considered view, the JNU students were the culprits - the tukde tukde gang, you know - and they have been meted mob justice. This is the impression one gets since no one has been detained till now and the police have made little headway in the case despite some of the attackers having been identified and named in FIRs. Instead, a malicious FIR has been filed against the JNUSU president Aishe Ghosh.

One is sorry to say that this is not the way a nation treats its students. The BJP stands accused of terrorizing our future generation. Ideological differences cannot be settled in this manner. There is no tukde tukde gang in the student community and an incident that happened in 2016 cannot be held as an example to paint the entire non-ABVP student community as traitors.