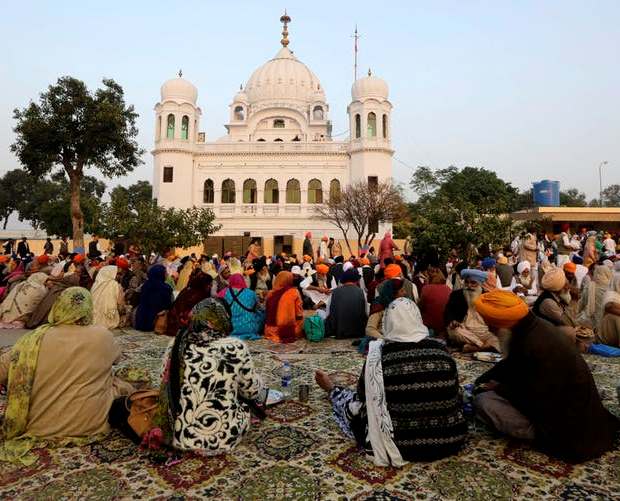 Kartarpur Corridor: Pakistan Provokes Even In A Goodwill Gesture

Kartarpur Corridor: Pakistan Provokes Even In A Goodwill Gesture

Trust Pakistan to indulge in mischief even in a goodwill gesture aimed at allowing access to a religious sect to their shrine in its country. The way the Pakistanis are using slain Khalistani separatists in a video to promote the Kartarpur corridor, it is clear that they either have a hidden agenda or the affairs are not in control of the Imran Khan administration. India has registered its strong protest about the neighbor using the words and images of enemies of its nation in the video.

It is highly mischievous on Pakistan's part to rouse passions by allowing the footage of Khalistani separatists in a video aimed at encouraging Sikh pilgrims to visit Gurudwara Darbar Sahib. Captain Amrinder Singh, the chief minister of Punjab, has already warned that this seems to be an ISI operation and India should be wary of it.

Singh should be worried. Miffed by India's moves in Kashmir, Pakistan can be expected to try and push the Khalistanis to renew their movement for a separate state. Singh, as well as India, had seen how one of India's most prosperous and happy state had been thrown into turmoil by militancy in the late '70s and the '80s. It was no secret that the movement was supported by Pakistan. Any revival of that movement would be disastrous for Punjab and India.

Hence, the Indian government, apart from lodging a protest with the Pakistani side, must keep a strict watch on the pilgrims to stop the separatists from poisoning their minds or radicalizing the youth. As it is, Punjab is suffering from the drug problem. If militancy is added to it the state will suffer more. The government should also highlight the issue in international forums and FATF as it also amounts to providing support for terrorism. Pakistan's nefarious designs must be exposed globally.