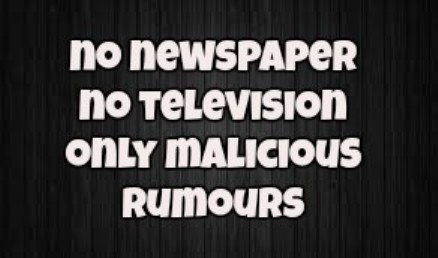 What happens when an information blackout is imposed on a state? Rumours abound. Plus biased persons use social media to spread incendiary messages. A Pakistani journalist has made one such post on Twitter. This is what he had to say:

The CRPF was quick to respond. It said:

The malicious content of this tweet is absolutely baseless and untrue. As always, all the security forces of India are working with coordination and bonhomie. Patriotism and our tricolour lie at the core of our hearts and existence, even when the color of our uniforms may differ.

But such things can be avoided if the information blackout is lifted immediately. Allow journalists to travel across the length and breadth of the Valley. Let them meet people. Let them report true incidents. Let them report the problems of the people. Then act on these reports and help the people. If malicious reports are published by Indian journalists, they can be confronted and taken to task. But if Pakistani journalists or even separatist stooges spread rumours, it can lead to disastrous consequences.

The government is perhaps thinking that keeping the state locked down will prevent protests. But it is wrong. When people have nothing to do, they reflect on the situation and with no newspapers or television channels to provide information and no telephone to talk to people, they start forming horrifying scenarios in their minds. They start believing any and everything they hear. Their anger and resentment build up with each passing day.

The government must have known that there will be huge protests against its move to read down Article 370. Apart from sending the troops and enforcing a lockdown, it must have thought of other plans to counter the protests. For, the lockdown cannot be sustained for long. What will happen after the restrictions are lifted? Like in war games, the government must have envisaged several scenarios and must have thought of a plan for each of the scenarios. It would be best in the interest of the state and the nation if the restrictions are lifted forthwith (now that the Eid festival is over) and if there are protests, the government must put its plans in action. The stalemate is beginning to resemble the lull before the storm.