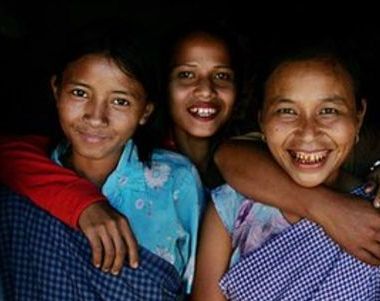 View all posts by this Author
The Khasi tribe in Meghalaya has its own set of rules and follows a matrilineal system of inheritance. By this, the youngest daughter in inherits the family property and is guided in all family matters by the eldest maternal uncle. Although this system is not unique to the Khasis as it was followed by many communities, mainly the Nairs in Kerala, the Khasis, by virtue of their special status as an indigenous tribe protected by the constitution, have zealously guarded it. The Khasis are a Scheduled Tribe and have to pay no income tax. They have complete control over land in protected areas of Meghalaya, along with several other concessions.

To further protect this system and to prevent transfer of property to non-Khasis, the Khasi Hills Autonomous District Council (KHADC) passed the Khasi Hills Autonomous District (Khasi Social Custom of Lineage) (Second amendment) Bill, 2018. This bill seeks to strip a Khasi girl of all privileges that come from being a Khasi if she marries a non-Khasi. In short, she will be declared a non-Khasi and will not be able to claim the benefits of being a Scheduled Tribe member. KHADC members are of the opinion that outsiders are targeting Khasi girls for marriage with an eye to get their property transferred in their names. Calling it a silent invasion, the KHADC said that it is necessary to put a stop to this.

However, the council made it a point to clarify that the law will not be retrospective. It said that the provisions will be applicable only when the bill becomes law after the Governors assent. It might seem discriminatory to single out girls for marrying non-Khasis when a similar penal provision does not exist for Khasi men who bring wives from the plains. But given the matrilineal system of inheritance, the focus is on preventing transfer of land and property. Whatever be the reason, in the end the right of the girl to choose her life partner is being stifled with a threat to disown her. This is not a good thing. The KHADC should have thought of a better way.