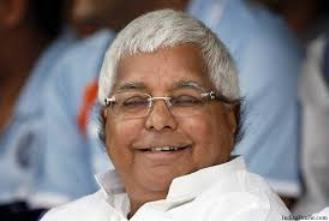 Editor-in-Chief of indiacommentary.com. Current Affairs analyst and political commentator. Writes for a number of publications. View all posts by this Author
Lalu Prasad Yadav is a maverick politician famous for his repartee and one-liners. He made his mark in politics as a young turk who opposed the dynastic rule of the Congress. In the process, he rallied the yadavs behind him and threw in the Muslim vote bank to start a regional party that captured power in Bihar. But as is the wont with most regional satraps, power was a high that he could not tolerate. Charges of corruption and nepotism started flowing thick and fast and in the end, Lalu was convicted in the Chaibasa treasury fodder scam. But inexplicably, the Ranchi High Court later ruled that since he was already convicted in one case, there was no need to proceed against him in the other fodder cases. To anyone familiar with law, it was a ruling without any basis. It was akin to saying that if a man who was alleged to have committed multiple murders was convicted in one case there was no need to try him for the other murders.

The law does not take that course for the simple reason that more than convicting the accused, the reason for the existence of courts is to establish why, by whom and how the crime was committed. If the murderer is not prosecuted for the other murders, it will not be found out whether he did commit the same or whether he was falsely accused and someone else committed the crime. If the latter was found to be the case, law would need to find the culprit.

In case of Lalu, he was accused of swindling huge sums of money from the state treasury by faking bills and issuing payments for purchase of fodder. If Lalu did not commit the crime, who did? For it to be established that Lalu did not commit the crime, he needs to be tried and he needs to provide evidence of his innocence. After all, money was paid and it vanished. So who took the money if Lalu did not? This can only be established when Lalu is prosecuted in the remaining cases.

The Supreme Court has set matters right by ruling that regardless of his conviction in the Chaibasa treasury scam, all other cases against Lalu Yadav need to be pursued and he needs to be prosecuted as per law in all of them. The court took a dim view of the Ranchi High Court ruling, calling it palpably illegal, faulty and contrary to the basic principles of law. It further added that the court ought to have been careful while dealing with such matters. Consistency is the hallmark of the court due to which people have faith in the system and it is not open to the court to take a different view in the same matter with reference to different accused persons in the same facts and same case.

The Supreme Court was referring to the Ranchi High Court ruling that had quashed further cases against Lalu Yadav, Jagannath Mishra and Sajal Chakraborty while ruling that all other cases against similarly accused and convicted R K Rana be pursued. Even a law student would have told the honourable high court judges that it is not a done thing to treat similarly accused and convicted persons in the same case in such a blatantly different manner, as the apex court has rightly pointed out. But strange are the ways of the judiciary. Lalu might have got a temporary reprieve earlier, but the law has caught up now. He will face trial in all other cases and hopefully, despite a coalition government of which he is a major partner in place in Bihar, the law will take its just course and punish him if he is proven guilty of swindling public money. The most apt one-liner for him now will be e ka bhail re bhaiya.

With further accusations of amassing huge property and talking to jailed mafia don Shahabuddin, it seems Lalu is in for bad times. It also spells trouble for the coalition government of Nitish Kumar in Bihar for Kumars party is a junior partner, with RJD having more seats. If push comes to shove, Lalu will not think twice before pulling the plug. The biggest dilemma is for Nitish Kumar. He was looking to consolidate his position and emerge as a serious challenger to Narendra Modi ahead of the 2019 Lok Sabha polls. But Lalu and his troubles seem to be spoiling Nitishs party.