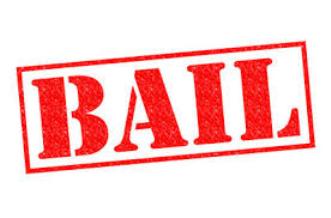 Editor-in-Chief of indiacommentary.com. Current Affairs analyst and political commentator. Writes for a number of publications. View all posts by this Author
The Supreme Court and the High Courts have regularly held that incarcerating an undertrial for long periods is an assault on personal liberty unless extenuating circumstances are proved. Yet, the media keeps on highlighting the plight of undertrials in Indian jails that are groaning under the pressure of high detainees kept in abysmal conditions. Hence, there is a huge difference between what the courts feel and the ground reality in bail cases. Whatever be the reason, it is gross injustice to deny bail to an accused person after a decent length of time. Courts in India, burdened with an avalanche of cases without matching infrastructure, judicial staff and judges, are notorious for taking their time in deciding cases. The prosecution is also notorious for taking its own time in framing charges and pursuing the case. The less said about the delaying tactics of lawyers the better. This results in the accused person serving time in jail when ideally he should be out on bail.

Under the chairmanship of Justice B S Chauhan, the Law Commission of India (LCI) trained its guns on Section 436A of the Criminal Procedure Code that provides for an undertrial to be released after having served one-half of the punishment prescribed for the crime committed if that punishment period is less than seven years. In a radical move, the LCI wants this period to be reduced to one-third of the maximum punishment. If we take the maximum punishment of seven years, then as per the recommendation, a person can be incarcerated for a maximum of two years and four months, which is time enough for a person to be granted bail.

Starting from 1977, when the Supreme Court, in the case State of Rajasthan v Balchand had said that the basic rule may perhaps be tersely put as bail, not jail, except where there are circumstances suggestive of fleeing from justice or thwarting the course of justice or creating other troubles in the shape of repeating offences or intimidating witnesses and the like, by the petitioner who seeks enlargement on bail from the court, courts have been clear that bail must be granted lawfully and at the earliest possible time. It is not the intention of the court to keep a person jailed if the law permits him to be out on bail. This was stated forcefully in Sanjay Chandra v CBI where the court held that in bail applications, generally, it has been laid down from the earliest times that the object of bail is to secure the appearance of the accused person at his trial by reasonable amount of bail. The object of bail is neither punitive nor preventative. Deprivation of liberty must be considered a punishment, unless it can be required to ensure that an accused person will stand his trial when called upon. The courts owe more than verbal respect to the principle that punishment begins after conviction, and that every man is deemed to be innocent until duly tried and duly found guilty.

Taking into consideration the fact that most poor undertrials cannot avail bail for reason of providing surety, the LCI will also recommend radical provisions to accept third party surety or even personal bond if the accused moves an application before the trial court. Bail cannot be seen to be a privilege only for the moneyed class. It also recommends for the trial court to hear such matters expeditiously. The only exception the LCI has made is in connection with those accused of economic offences. It recommends that they be kept out of the ambit of easy bail.