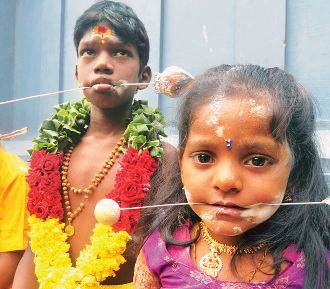 A Life Sacrificed to Religious Rituals

A Life Sacrificed to Religious Rituals

Editor-in-Chief of indiacommentary.com. Current Affairs analyst and political commentator. Writes for a number of publications. View all posts by this Author
A 13-year old Jain girl in Hyderabad died of cardiac arrest two days after breaking her 68-days long religious fast. It is true that religion is a personal matter and every person is entitled to decide what is good for her or him. But that is applicable for a person who has attained majority. A 13 year old cannot decide what is good for him or her. To subject such a young person to such a torturous fast is a social evil. It also violates several laws. Sadly, this practice of subjecting children to dangerous religious rituals is being followed by adherents of most religions and throughout the world.

The Jains are very religious people and steadfastly follow the rules of the closed knit community. This is good as it makes them lead a disciplined life. But some things should be decided by the community itself to rid it of unwanted tragedies. Allowing children to undertake prolonged fasting is one of these. The community should prohibit anyone below 18 years of age from conducting any strenuous religious ritual. Apart form causing health risks to children, the fasting also causes mental trauma and interferes with their studies. A child should not be made to ape adults.

The Gods are not appeased if the elders of the family do not care for the children and allow them to undertake such life threatening fasts. This girl had fasted to bring good luck to the family. That obviously means that the family acquiesced in her decision. It was wrong on part of the family to do so. Some families take pride in putting their children at risk in performing such religious rituals. No religious texts allow children to do so. The Jain dharma gurus should take the lead in creating aw+areness and prohibiting such evil practices.