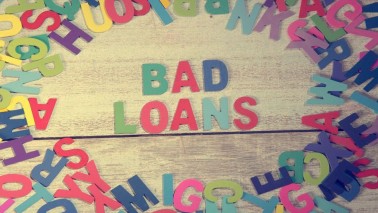 Loans Gone Bad: What is The Way Out?

Loans Gone Bad: What is The Way Out?

View all posts by this Author
To tackle the non-performing assets (NPAs) of banks, the government is working on three fronts. The first is the recent ordinance that amends section 35 of the Banking Regulation Act. The second is to amend the Prevention of Corruption Act in order to insulate bank employees against prosecution for decisions taken in settling a bad loan that might involve interest rate cut or a haircut. The third is the strict implementation of Bankruptcy Act. But taken together, will these measures work?

The first measure empowers the RBI to intervene if banks are not able to come at a settlement. It allows the RBI to give the banks a 60-90 day window to sit with the defaulters and thrash out a way through which the loan is recovered instead of just sitting on the books. If the banks are not able to do that within the window, the RBI will step in. There are several large defaulters (Bhushan Steel Rs 47000 cr and Essar Steel Rs 45000 cr, to name just two) who need immediate attention. But one thinks that neither their assets nor the position of their business permits the repayment of even a small part of the loan. What happens in that situation?

There are several big loans that have little or no chance of being recovered. The ideal way would be to recover what is possible and write the rest off. Instead of continuously keeping the books of banks stressed, a one-time hit and subsequent recapitalization is the better way. Simultaneously, the parameters for advancing loans must be so tailored that such huge loans to single entities are not given at all. It will hamper growth, but it will not result in money going down the drain. The promoters do not lose anything as they take out their contribution in various ways even before the project takes off. It is the banks who are left holding the bag.

However, the current measures are a step in the right direction. The government must now think of further hard measures to counter the menace. Talking to promoters and restructuring is all very good, but in the end money needs to be paid. This situation has largely arisen due to favouritism on part of politicians and corruption on part of bankers. Unless these twin issues are tackled effectively, there will be more bad loans and no amount of legislation or policing will stop it. picture courtesy: moneycontrol.com