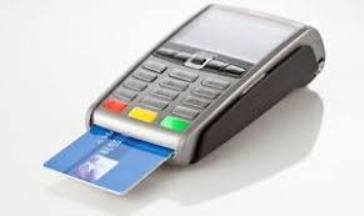 Yogendra is undecided whether he wants to be a writer. So he writes to see if he can be a writer. Ha Ha View all posts by this Author
The RBI has decided to cap the merchant discount rates (MDR) on all digital payments to encourage digital payments. MDR is the rate charged by banks from merchants for settling POS payments. While there was a spurt in such transactions post-demonetization, they have reached a plateau recently. The apex bank feels that since some banks charge a very high rate for digital payments, small merchants do not want to accept cards and QR based payments in their outlets as it puts pressure on profitability. Most retailers (except petrol pumps) do not charge anything extra to the end-consumer for making payments through cards.

This is a welcome change. Hitherto, banks used to charge a usurious 1.5% to 3% from small merchants, citing cost of maintaining POS, as their turnover was low. This was in addition to monthly rentals the merchants had to pay for deploying the terminal.This effectively meant that those merchants who worked on slim margins did not deploy POS terminals, losing out on customers. The other option the merchant had of charging this fee to customers is no longer open as people have become savvy enough to refuse paying any such additional charges for cashless payments. With MDRs capped, ideally small merchants should now install POS terminals and stop turning away customers. But there are other factors at play. Banks often charge a monthly fee from small merchants who have monthly transactions below a threshold. With MDR capped, banks will resort to hiking this monthly rental of POS. This will act as a dampener. That would amount to higher MDR by another name. RBI should also either do away with this rental or cap it at a reasonable amount if small merchants are to accept digital payments.