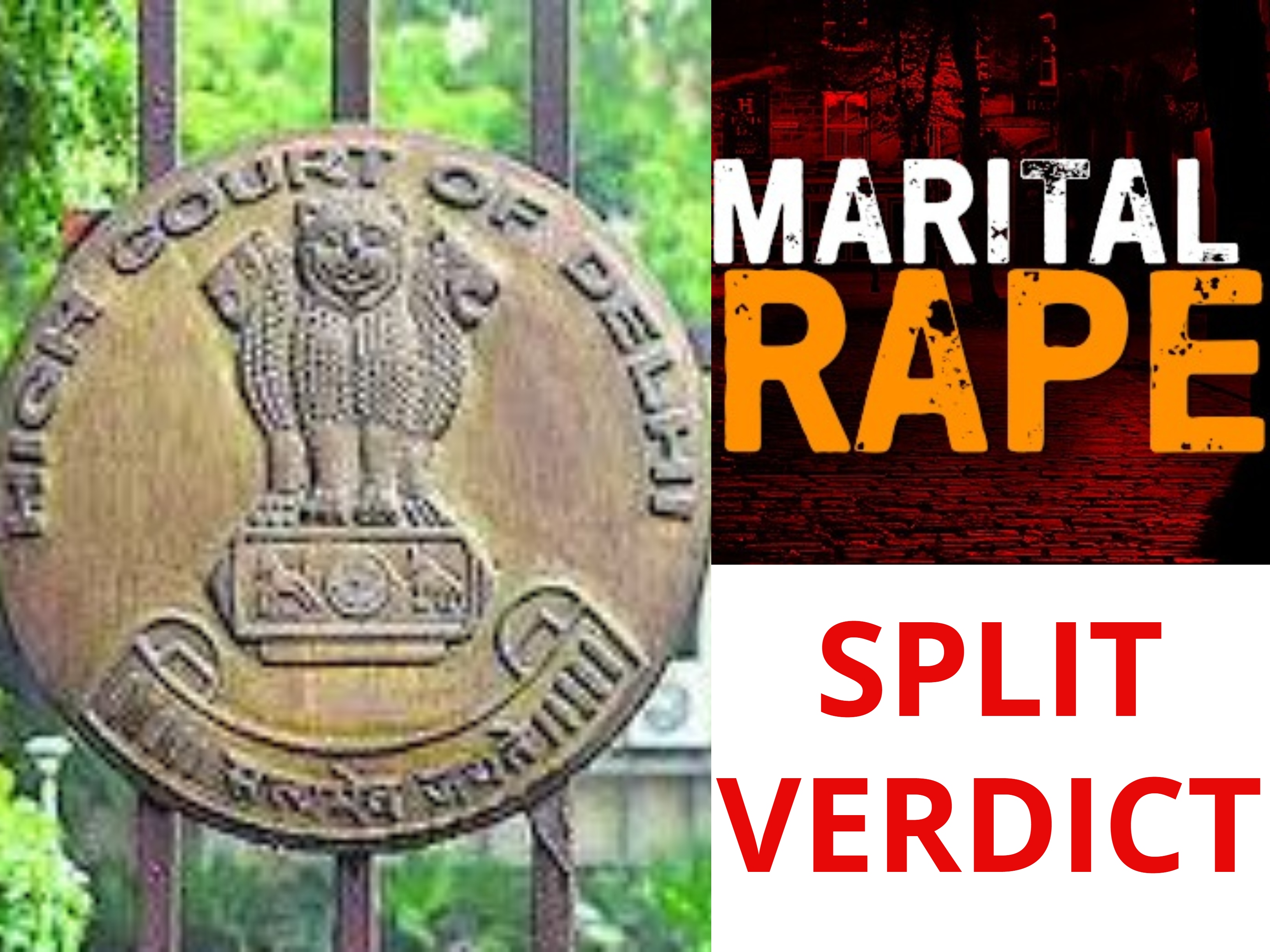 When the Delhi High Court was hearing the petition challenging the exception given to husbands in Section 375 of the IPC, it was clear from the observations of the two judges that they were not on the same page. The split verdict delivered today confirms that. While Justice Rajiv Shakdher has held that the exception is unconstitutional, Justice Hari Shankar has held otherwise. The bench has granted a certificate to appeal to the Supreme Court as in its view there are substantial questions of law that need greater judicial scrutiny.

During the course of the hearings, Justice Shakdher had observed that "a woman is a woman" and no relationship can be put on a pedestal as if it was considered rape for a person to have sex with a girlfriend or a live-in partner without her consent, the same should apply to a husband having sex with his wife without her consent.

Justice Hari Shankar, on the other hand, had observed that there was a "qualitative difference" in the relationship of married persons with each side having a right to expect sexual relations from each other which was not there in any other relationship.

From the above observations of the two judges, it was obvious that they were interpreting the provision of law in diametrically opposite manner. Hence, it is good that after their split verdict they have granted the certificate to appeal to the Supreme Court. For, a couple of weeks ago, the Karnataka HC had said that  "a man is a man; an act is an act; rape is rape, be it performed by man, the "husband", on a woman who is his "wife" in confirming that it was rape if a man had sex with his wife without her consent. Since different judges in many high courts are delivering different verdicts on the subject, a constitutional bench of the Supreme Court should hear the matter and pronounce its verdict.