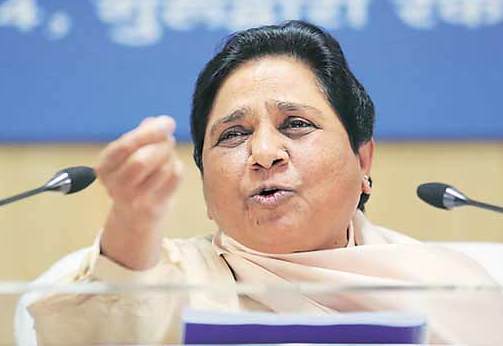 Editor-in-Chief of indiacommentary.com. Current Affairs analyst and political commentator. Writes for a number of publications. View all posts by this Author
Raids are going on across the country post demonetization. Some are just routine checks on bank accounts while others are done on a much larger scale after receiving specific tip-offs. All government agencies like Enforcement Directorate, the Income Tax department and the CBI are involved in such raids. Large amount of cash, jewellery, property papers and other undisclosed income details are being unearthed in such raids. But the moment a political partys accounts are touched, all hell breaks loose.

While on a routine check of bank accounts in a bank branch in Lucknow, the ED sleuths stumbled across two accounts where huge sums of money in banned currency notes were deposited post demonetization. One account belonged to the Bahujan Samaj Party (BSP) and deposits in the account exceeded Rs 100 crore. The other account belonged to the brother of BSP supremo Mayawati and deposits in that account were in excess of Rs 14 crore.

As soon as the news became public, Mayawati started thrashing the investigation agencies and thundered that the Modi government is targeting her party. She said that the deposited amount was collected as donations before demonetization and deposited thereafter. She alleged that Modi was using the central agencies to try and break down political opponents. She also said that her brother was being victimized. Later, she started saying that she was being targeted as she was a Dalit.

Are there two kinds of laws in India  one for the general public and another for political parties or leaders? No political leader said that Modi was using the central agencies to break down businessmen when they were raided but the moment cash flush bank account BSP was found, Mayawati started crying foul. Instead of creating such drama, Mayawati should explain the source of the income in the accounts books of the party. If the cash was being collected for a long time and deposited post demonetization, she has nothing to fear. But if it shown in the books as collected just a few days before November 8, she has to explain the spurt like any other common Indian citizen. Such spurt in collections will always be viewed with suspicion.

As it is, political parties have a lot of leeway and they can easily convert black money and money collected through corruption or extortion by making multiple entries of under Rs 20000 as received from anonymous sources. The Election Commission has already disclosed that more than 400 registered parties never fight elections and are maybe conduits for such conversion of funds. Goondas and crooked businessmen have now adopted this route to convert black to white. On top of that, if leaders like Mayawati allege all sorts of things in order to escape scrutiny of their accounts, there will be no transparency.

It is for this reason that reforms of political party funding and election spending by parties and candidates is absolutely necessary and cannot be ignored any longer. If black money is to be rooted out, political parties have to make their accounts transparent. Any collection above Rs 500 or Rs 1000 must be through banking channels and so should be spending during any event. Silly restrictions on spending by candidates on election campaigns must go as they encourage future legislators to start their careers on the basis of falsehood. More than tightening of the benami transactions act, if political reforms are not carried out urgently, corruption and black money will never be crushed.