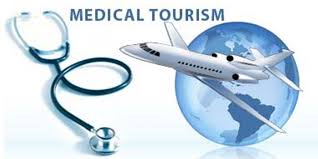 Medical Tourism Growing at 30% in India

Medical Tourism Growing at 30% in India

View all posts by this Author
Medical tourism is a big draw in India and as per a report commissioned by CII-Grant Thornton, it is poised to touch $ 8 billion by 2020 from the present $ 2 billion. This envisages an annual growth of nearly 30 percent which will make India the top medical destination in near future.

Four things work in Indiaâs favour: one, availability of accredited medical facilities and competent doctors; two, much lower costs with up to 50% savings in general compared to developed countries going up to 85% savings in certain procedures; three, good and direct connectivity with most parts of the world and finally, the emergence of startups who provide end to end services, making the journey a breeze.

Patients from all over the world come to India for complicated procedures which cost a fortune elsewhere. India has become a favoured destination for paediatric cardiac procedures, heart transplants, joint replacements, epilepsy, dental and cosmetic treatments.

But while the country and the medical fraternity are being benefitted by this, it needs to be asked whether it is pushing up costs for the common man in India. For, if hospitals fix their rates for procedures by benchmarking them against what is prevalent in the West, even at a good discount to attract foreign customers, it will still push up the cost for the common man. There is a sliver line though â catering to foreigners means many machines, equipment and items that are standard in the developed countries are now available in India too and hence accessible to Indian patients also. With medical insurance now being the norm, it is not going to pinch patients as much as it used to before.