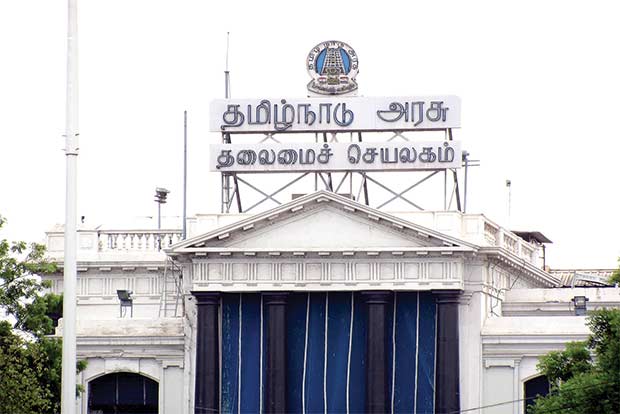 The Majority Mess in Tamil Nadu

The Majority Mess in Tamil Nadu

Editor-in-Chief of indiacommentary.com. Current Affairs analyst and political commentator. Writes for a number of publications. View all posts by this Author
E Palaniswami was sworn in as the 13th chief minister of Tamil Nadu. But was it correct? Of course the law and precedents say that the governor is bound to invite the person who claims the support of maximum MLAs. But the operative word here is claims. Paliniswami has been asked to prove his majority through a floor test within 15 days and he has informed the governor that he will do so on Saturday.

When elections are held, the party that wins a majority first elects a leader of its legislature party and then that person either goes to the governor to stake his claim or the governor invites him to form the government. There is then no need to prove majority on the floor of the house. In case of no party getting a clear majority after an election, coalitions are cobbled up and they elect a leader who does the needful. The coalition is also required to prove its majority.

But when governments fall either through defections or through other extraneous factors like the current fiasco in Tamil Nadu, there is never a clear picture that emerges. The situation is then ripe for horse trading and worse. In Tamil Nadu, Sasikala is supposed to have kept MLAs captive in a fancy resort against their wishes. If we strive for free and fair elections, we should also strive for free and fair election of leaders of legislature parties, post such situations.

Instead of appointing a person on the basis of claimed but unverified support of a majority of MLAs, all factions must be asked to first elect their leaders outside the assembly. Then, pledge letters of all MLAs supporting a particular person must be signed and collected. These letters must have a no-change, lock-in period of, say, 30 days. Only then should the leader of the faction or the coalition that has a majority support must be invited to form the government.

This process will ensure responsibility among MLAs and would reduce horse trading during the period of appointment of chief minister and proving of majority, which must be within the 30 days of the lock-in period. Otherwise, as seen in many instances in the past, particularly in the infamous Haryana case in 1960s and 2970s, MLAs can be bought during the gestation period. The law needs to be changed to give effect to this.