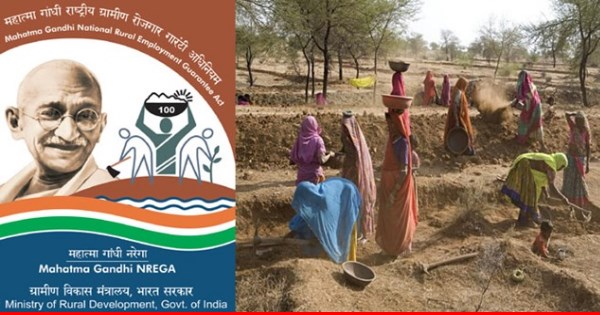 MNREGS: Money Down the Drain?

MNREGS: Money Down the Drain?

Editor-in-Chief of indiacommentary.com. Current Affairs analyst and political commentator. Writes for a number of publications. View all posts by this Author
The showpiece social welfare scheme in India, the Mahatma Gandhi National Rural Employment Guarantee Scheme (MNREGS), is floundering. It is not a surprise to anyone. As with most government schemes the basic idea is to give money to the poor. But MNREGS started out as something different. It promised money to the poor in lieu of work. They were to be given work for specified number of days at a fixed daily wage. It was a scheme that put money in their pocket without taking away their self respect. In that sense it was an eminently sensible scheme. The government would in any case have to pay workers to get work done. Hence, why not put the rural folk, who had no work, to use by identifying the needy among them.

But giving money for getting work done is the easy part. With Jan Dhan accounts and Aadhaar in place, there is also lesser fear of leakages. But the tough part is to allot meaningful work to these people, properly supervise that work and get quality assets created in the time allotted. It is here where the MNREGS is totally ineffective. The Sumit Bose committee (it was set in 2016 up by the rural development ministry to look at performance based payments for better outcomes in rural development programmes) has come down heavily on poor supervision and the shoddy quality of assets in projects under MNREGS.

The committee was particularly piqued at the way projects were being monitored. In a telling comment, it said the field supervision of these works by the available engineering personnel is both fairly thin and irregular, resulting in delayed execution and substandard quality. It also pointed out that not enough supervisory personnel were appointed as more than Rs 520cr of the admissible administrative expenditure of Rs 3411cr under the scheme remained unspent. The committee also rued the fact that there is an embarrassing lack of data regarding Panchayats and this makes monitoring of revenue and expenditure extremely difficult.

A total of Rs 2 lakh crore is being transferred to almost 2.5 lakh panchayats in India under the 14th Finance Commission. This works out to a handsome amount of Rs 16 lakh per year per panchayat. There have been reports that absolutely no work is being done in some places while the people are being paid. If people get paid for doing little or no work it makes for a lazy workforce. If we are unable to monitor how panchayats spend this money, who gets it, what work is being done and what assets are being created, why take the trouble of keeping so many records. We might just as well drop currency notes from a helicopter in areas where we want to give money to people.