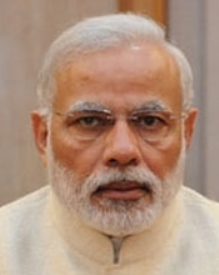 Editor-in-Chief of indiacommentary.com. Current Affairs analyst and political commentator. Writes for a number of publications. View all posts by this Author
There are two things that need to be pointed out as the NDA government completes its first year in office. One, if the government has actually very little or nothing, how did we have the most productive parliamentary sessions this year as compared to the last several years? In continuation of this point, if the government was comatose, how did the opposition get the opportunity to disrupt parliament on so many occasions? WasnÃ¢â¬â ¢t it protesting against something the government wanted to do, which proves that the government was in fact working hard. Two, for a prime minister who is being called a NRI PM, Modi spent just 54 days on his foreign visits, which is less than 15% on the year. It needs to be pointed out here that the PM has not taken holidays and works long hours.

Having said this, the scorecard at the end of the year shows that although the government has achieved much, it has not done all it could have. Also, whatever it has done is still in the work-in-progress and the results are not showing on the ground. For the impatient, this is sign enough that the government has done nothing. But before the big bang reforms, isnÃ¢â¬â ¢t it prudent to do some Ã¢â¬Ësmall bangÃ¢â¬â ¢ reforms so that the real fruits of the bigger reforms are not cornered by a privileged few?

The most obvious success was the launch of the Jan Dhan Yojana. All experts agree that India is being pulled back by corruption and leakages in its social welfare schemes. Direct transfer of subsidy to beneficiary accounts is one of the most revolutionary actions taken. People point out that the accounts under this scheme are dead accounts. Maybe they seem so now, but once the subsidy transfers start happening, corruption and cronyism will be given a strong boot and the benefits to the poor will be visible. Till now, our social welfare schemes have ended up making fat cats of numerous politicians, bureaucrats, local government representatives, contractors and businessmen. One of the biggest achievements of this government is in trying to smash this cartel.

Then, although being reviled as the Ã¢â¬Åsuit-boot ki sarkarÃ¢â¬Â by Rahul Gandhi, this government is being most criticized by the very same suited-booted class that it is supposed to be working for. Big businessmen are complaining to the media that it is becoming impossible to get access to the PM or his ministers. Getting the hint, bureaucrats are also not cozying up to the captains of industry like they used to do earlier. Deepak Parekh of HDFC and A M Naik of L&T were very vocal in saying that despite the government claims of having done so much, the results were not visible on the ground. Of course some people point to Gautam Adani and say that a new set of cronies have replaced the old set, but the fact is that Adani did not get the SBI loan for his Australian coal venture. Neither did Mukesh Ambani succeed in getting gas prices rigged in his favor. This is the next big achievement of this government Ã¢â¬" it has indicated to industry that lobbying will not work. This will go a long way in reducing corruption and crony capitalism.

The next big success of this government has been in bringing transparency in decision making. Many processes are being digitized in keeping with the Prime MinisterÃ¢â¬â ¢s promise of a Ã¢â¬ÅDigital India.Ã¢â¬Â When complete, it will again ensure that crony capitalism is negated and corruption will come down several notches. The way coal blocks were allotted proved to be a refreshing departure from the hamhandedness and cloak and dagger stuff under the UPA regime. Although the government faltered in not smashing the Coal India monopoly and not opening the sector to commercial mining (even as this is being written, reports are coming in that suggest that the government is consulting experts to open the coal sector to commercial mining) still it managed to allocate scarce natural resources to end users in the most efficient and transparent manner.

The other notable successes are the Black Money Bill (which again has been called Ã¢â¬ËdraconianÃ¢â¬â ¢ by some), social welfare schemes in the insurance sector, doing away with some archaic laws (although a lot of them still remain) and settlement of the land dispute with Bangladesh. There is an endless list of small procedural changes made, as detailed in the full page ads the government issued, which will go a long way in making life easier for entrepreneurs. The fact is that this government is moving in the right direction and may achieve much in its full term.

Of course Modi is a show off Ã¢â¬" when was he not? But he is not a megalomaniac as some among the commentariat would have us believe. Like Alice in Wonderland, he finds himself looking at amazing new things, things that he never saw as the Gujarat CM. The canvas has become much bigger, but the man has shown that he is equal to the task. Also, one thing is sure, he is not an under-achiever. In his first year, his government has begun well Ã¢â¬" and everyone knows the saying that well begun is half done. There are several constraints Ã¢â¬" the most obvious being the minority in the Rajya Sabha. The government could have bulldozed legislation by calling joint sessions of both the Houses. That it has not done so shows that Modi wants to carry the opposition with him. Referring the Land and GST Bills to select committees would have been a painful decision for an autocrat. Despite suggestions to the contrary, Narendra Modi is not one. Of course he likes to keep tight control over major decisions, but then that is the duty of any prime minister.

Probably the only issue where the government has faltered Ã¢â¬" and Narendra Modi himself scores very poorly on this account Ã¢â¬" is in keeping fringe Hindutva elements in check. It is not only the attack on the churches Ã¢â¬" the general feeling on the ground is that the government is allowing the fringe to occupy positions of authority in many fields. Although some say that this protest is largely emanating from the Left intellectuals who are feeling sidelined, the fact remains that a Dinanath Batra with his depressing views will destroy the secular fabric of India. Sabka saath, sabka vikas will only happen if it happens at the micro level. For this to happen, the minorities will have to be assured that even if they are no longer appeased, they will not be discriminated against. Modi has a big role to play in this. No one is asking him to wear the namazi topi for photo-ops, people expect something more substantive Ã¢â¬" like telling the cadre of his extended party and its many dubious organization that attempts to divide the country will not be tolerated and giving the police a freehand to act against them if found fomenting trouble.

Finally, how does one measure success, more particularly success of a government in the first completed year of its five year term? At the starting block should be a list of all the promises made during electioneering, including those that were not made but were inherent given the state of economy at that time and at the finishing line (five years from then) should be what it achieved. But that is not the way the commentariat is judging Narendra ModiÃ¢â¬â ¢s first year in office. Most of them believe that the end of first year is the end of the term. They would have us believe that the Modi government has underperformed on, mainly, big ticket reforms and delivery. If you analyze the performance on the basis of one-fifth of the whole term, this government will definitely get 8 out of 10. There are four more years left in the mandate for GodÃ¢â¬â ¢s sake. Give the man some credit and obviously, some space.