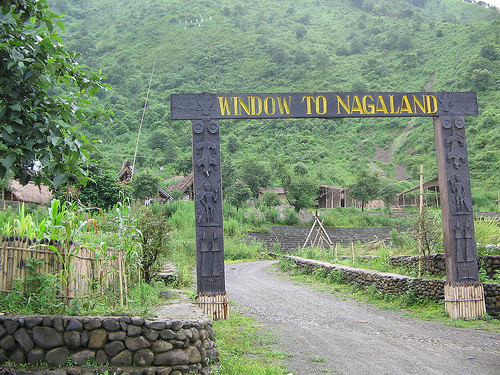 Naga Accord: Too Early to be Happy

Naga Accord: Too Early to be Happy

Editor-in-Chief of indiacommentary.com. Current Affairs analyst and political commentator. Writes for a number of publications. View all posts by this Author
The signing of the peace accord between the government and the NSCN (IM) is a welcome move. But it is too early for the government to go into a self-congratulatory mode. As this is just a Ã¢â¬Åframework agreementÃ¢â¬Â the details are not yet known. Further, the history of such agreements shows that very often, they are not implemented on the ground. The Naga insurgency has been around since before the independence. Several attempts to break the deadlock have failed.

There have been several reasons for this. Two most dominant reasons are: multiplicity of rebel groups and unreasonable demands each of these groups bring up.

Although NSCN (IM) is the biggest such rebel group, it is neither the only one nor the most potent one. The attack on the Indian armed forces by NSCN (Khaplang) faction showed that there are other groups who have better striking capacity and more dangerously, operate from across the international border. Hence, any agreement that fails to involve these groups is unlikely to bring peace to the battered region. Having said this, a beginning has to be made somewhere. So, smoking the peace pipe with NSCN (IM) is a good move. It will fructify only when minute details are factored in and implemented well on the ground. Simultaneously, the government must initiate efforts to bring the other rebel groups to the table.

Then, the rebels must be made to understand that any concessions given to them must be within the broad framework of the Indian constitution. Their insistence on Naga Ã¢â¬ËsovereigntyÃ¢â¬â ¢ and integration of several areas in other states within a Ã¢â¬ËGreater NagalandÃ¢â¬â ¢ is something that has the potential of throwing the whole of the North-East into turmoil. Peace cannot be brought to one state by disturbing the tranquility of six other states.

The government had sent out a signal when it entered Myanmar and liquidated most of the rebels involved in the attack on the armed forces. That is the correct way. Show the rebels that the Indian state is not soft. Invite them to the negotiating table. Make them understand the limits to which their demands can be met. Seal an agreement with the maximum possible groups. Go after and liquidate the rest. Then, give some attention and develop the region. Create infrastructure. Establish industries. Create job opportunities. Let the youth take pride in remaining and working in Nagaland. A Ã¢â¬Ëgreater NagalandÃ¢â¬â ¢ can only happen when it is a Ã¢â¬ËproudÃ¢â¬â ¢ and Ã¢â¬ËprosperousÃ¢â¬â ¢ Nagaland.