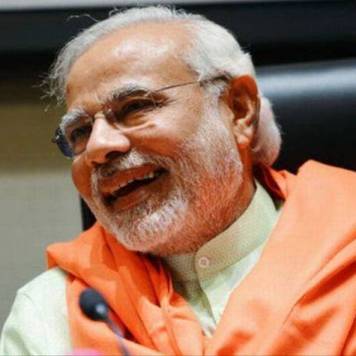 Narendra Modi At the Zenith of His Career

Narendra Modi At the Zenith of His Career

Editor-in-Chief of indiacommentary.com. Current Affairs analyst and political commentator. Writes for a number of publications. View all posts by this Author
When Narendra Modi had demonetized currency notes of Rs 500 and Rs 1000, he had taken the biggest risk of his political career. Make no mistake; Modi is not a spontaneous politician. All his moves are calculated and planned. Demonetization was also planned. I, for one, firmly believe that the chaos that followed demonetization happened only because the fear of a leak forced Modis hand and he had to announce the move much before it was scheduled to be enforced. Hence, things went out of hand. ATMs were not recalibrated, not enough notes could be printed in time to replace the avalanche of deposits and the RBI resorted to frequent changes in policy as things began to go out of control.

But the main thing where Modi miscalculated in demonetization was something else. He and his group of advisors had no inkling that book assets in India were many times more than physical assets held by people. For the 15-odd lakh crore demonetized currency notes said to be floating in India, much more cash in hand was reflected in the books of accounts of individuals and business and social entities, including companies. Hence, the governments calculation of getting back much less in deposits went awry. Almost all the demonetized currency came back in the banking system, either genuinely or through jugaad. Further, either due to the pressure of work or due to exaggerated estimates, little fake currency was detected. In that sense, little or no economic objective was achieved by the move.

But Modi had a larger political motive behind the move  that of ridding his government of the stigma of being a suit boot ki sarkar. Talk to the poor and the middle classes. They are united in their belief that the Modi government has dealt a body blow to the rich by demonetizing currency and made them stand in the same queue with the poor to get their money exchanged. The poor do not understand that the rich have many ingenious ways of converting their money. What they understand is that Modi took the effort to make them come out with their hidden wealth. They firmly believe that demonetization was just the beginning and Modi will not let the rich sleep well and stop their looting of the country.

This image is reinforced in their minds because this government has managed to keep the corridors of power in Delhi totally corruption free. There has been not a whiff about any scam. The poor and the middle classes find it a welcome relief from the days of the Manmohan Singh government when multi-crore rupee scams happened at the drop of a hat. Just for this, the poor believe that Modi is right for the country. This is reflected in the fact that post demonetization, the BJP has done exceedingly well in all elections  civic body or state assembly.

The next big thing is that Modi has his ear to the ground and doesnt lose time in responding to things that concern people. After winning UP and Uttarakhand and not doing as badly as projected in Goa and Manipur, in his victory speech, the Prime Minister was humble and eschewed his usual chest thumping rhetoric. He knows that the middle class is burdened with a plethora of taxes that is leaving very little purchasing power in their hands. He spoke about this and assured them that relief in on the way. The people are talking about how the government first takes income tax from their salaries and then excise, VAT, service tax and other taxes when they consume. The middle class is saying that at this rate, of every 100 rupees they earn, nearly Rs 40 goes to pay taxes and they get goods and services worth only Rs 60. As the prime minister has spoken about this, apart from the GST, one can safely say that other big reforms are under way. Taxation, banking, land, labour, political funding and election spending reforms are things that will attract his attention in the months to come.

The win in UP will give Modi a lot of breathing space, apart from having raised his stature worldwide. Modi is now seen to be the tallest leader in India  a leader who can take political risks like demonetization and get stronger public support. The Prime Ministers jibe at Harvard (or similarly) educated critics for lambasting demonetization during a campaign rally in UP followed from his belief that the people were with him. The people of UP did not disappoint him. The win in the state will give him enough Rajya Sabha MPs to ease the pressure in the upper house.

For all those who accuse Modi of being an autocrat and not being democratic, it should be kept in mind that the government did not follow the easy way out of having a joint sitting of parliament every time it wanted to get an important bill passed. With its brute majority in Lok Sabha, it could have used this route to crush all opposition. But it did not, despite the frequent stoppages of work in Parliament due to opposition protests. With the MLAs and Rajya Sabha MPs of UP, he will also be able to have his way when the election of the next President comes up soon. Modi is presently at the zenith of his career, despite the Lutyens elites and Left-liberal medias trenchant dislike for him. He is definitely enjoying being the first outsider to usurp the buddy-backslapping culture of political circles in Lutyens Delhi.