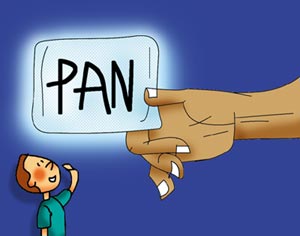 New PAN Rules: Will They Help in Checking Black Money?

New PAN Rules: Will They Help in Checking Black Money?

Editor-in-Chief of indiacommentary.com. Current Affairs analyst and political commentator. Writes for a number of publications. View all posts by this Author
The government is very much concerned about black money generation within the country. It is true that not all black money is sent abroad. Like we have heard stories of Swiss bank accounts and lockers, we have also heard stories about gunny sacks full of currency notes hoarded under beds. There is a class of businessmen who care a hoot about income or other taxes and buy and sell goods only against cash. They find likeminded fellows across the country and operate this parallel economy with abandon. It is hard to fathom how they manage to take such huge quantities of goods â materials like iron and steel, stone chips, sand, cement to name but a few â out of the tax net. It is also hard to believe how the person who creates the end product â say a three storied building â manages his books of accounts. For, in the end, when he has to register the building, he has to put a price on it and in turn he has to show how he arrived at this price. To do so, he has to show all his purchase vouchers and details of payments made. Of course, he can always undervalue the costing by showing only a part of the purchase which he will make against genuine tax paid bills (called pucca bills in street parlance) and hide the rest which he purchased against the so called kutcha bills, or transactions in cash that saved him on taxes. But does it make sense in undervaluing something you have created just to avoid tax?

Since the government is aware that these kinds of cash transactions are generating a huge amount of black money, it is coming out with a notification that providing PAN number for any non-luxury item where you pay in cash over Rs 2 lakhs will become mandatory. For luxury items like paying hotel bills or buying foreign currency it will be mandatory if cash is paid in excess of Rs 50000. While this is a step in the right direction, it is not likely to check the practice. For, those who sell do not give bills and those who buy do not need bills. Of course those who buy from legal channels and pay cash over the stipulated amounts will provide PAN number for they in any case show these transactions in their accounts. They make the cash payments only due to exigencies like immediate delivery or in case they are buying from a new party who refuses to take cheque payment.

The official trading channels are now tuned to the fact that it pays to buy against proper bills and make most of the payments through banks. There are two things that work for this. One is the fact that most traders now take working capital loans from banks. To do so, they have to show a robust balance sheet where they can get maximum loan if they do good business and maintain regular rolling stocks. Hence, traders now demand tax invoice from sellers. The second is the fact that the income tax department has now trained its lenses on these traders, even in small towns. Anyone doing anything even slightly divergent from his own previous accounts or from the accounts of similarly placed traders in the vicinity immediately comes under suspicion and is watched. A search and survey operation follows, where most often than not the trader has to pay huge tax and penalty, as also grease the palms of the survey party to avoid even heavier tax and penalty. Both these things have worked in favour of making traders avoid the parallel channel.

While the government has done well to make quoting PAN compulsory for most transactions, what is necessary is changing the mindset of traders. While it is changing in a large way due to market mechanism, it will change fully only when full transparency becomes a way of life in business circles. With core banking, involving deposit and payment of amounts pan-India, RTGS and NEFT bringing traders across India closer, there are no obstruction now in deals being struck from Kashmir to Kanyakumari and Kutch to Kohima. It is now necessary to have GST as it will reduce the maze of taxes and the number of records to be maintained by the traders. It will lead to better compliance and hence, lesser generation of black money.