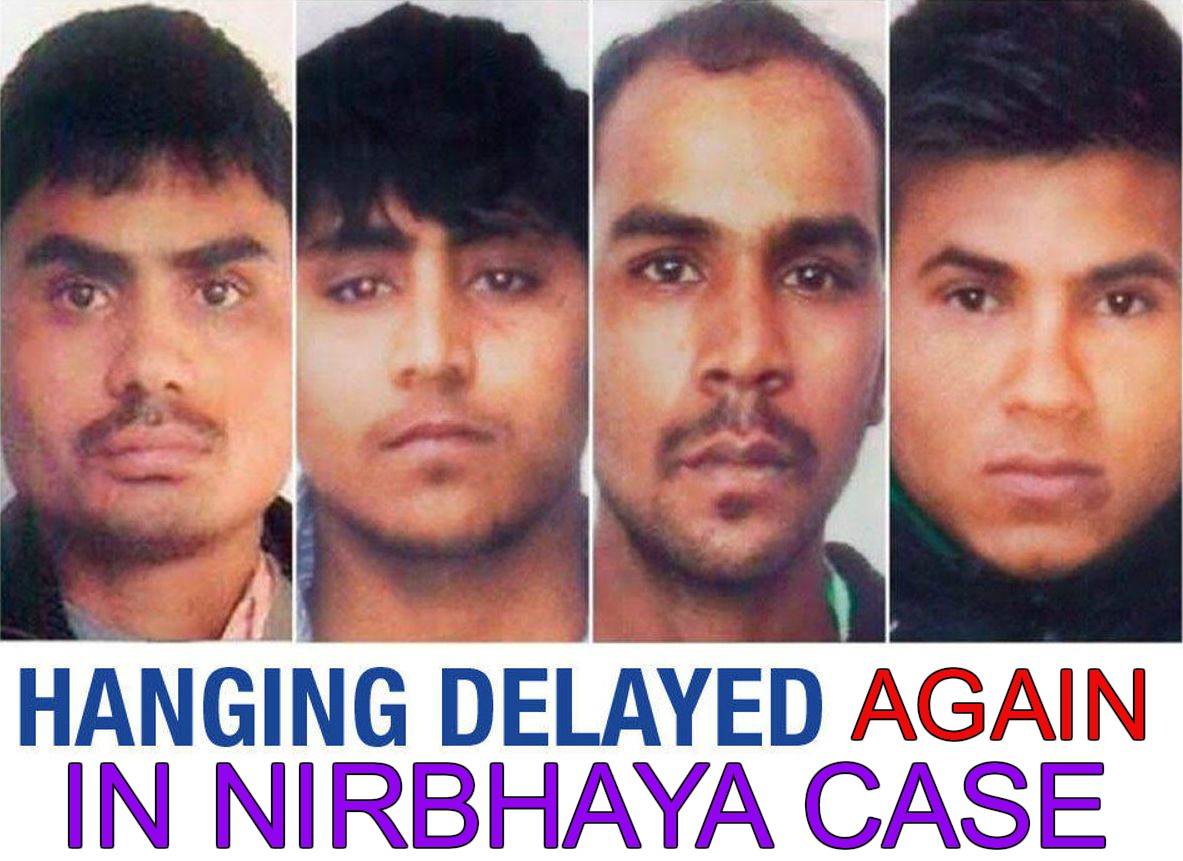 When the Centre petitioned the Supreme Court to reduce the number of days available to death row convicts to file the various pleas for mercy or reconsideration of their sentences, leading articles in newspapers called it "undue haste". It was said that the government was showing unnecessary urgency in hanging the Nirbhaya convicts. It was argued that since the law provided for several remedies, the convicts should be allowed to exhaust all of them before they were hanged. It was a perfectly valid argument. But has not the time come to amend the law in order to do away with the mockery of the judicial system that is playing out in the Nirbhaya case?

The first thing that should be targeted and amended is the rule that if more than one convict is handed the death penalty in a single case, all of them have to be hanged together. This is the rule that has allowed the lawyers representing the convicts to use all available remedies singly for each of the convicts to delay the hangings. If the rule is that they have to be hanged together, then either it should be changed to provide that each one of them can be hanged separately as and when the avenues of redress are exhausted in his case or there should be another rule to prescribe that all mercy petitions, review petitions or curative petitions or any other avenue available to all the death row convicts have also got to be availed jointly. If they are to be hanged together, they should also be made to avail of judicial remedies together. That would do away with the delays.

Since a case where the death penalty is ordered passes through the entire judicial process, there is a sense of finality in the sentence. Even the Chief Justice of India, S A Bobde had recently said (in a separate case) that death row convicts cannot go on "fighting endlessly". Although the Centre had said that the current rules favoured the convicts and allowed them to "play with the law and delay execution", it was wrong on its part to petition the Supreme Court to change the rules and make them "victim-centric". For, it is the exclusive domain of the legislature to enact laws. If the government feels (and rightly so) that the law as it stands today allows the convicts to make a mockery of the judicial system it should move an amendment bill (or bills) in Parliament to remove the loopholes. It should examine each and every law or rule, beginning with the provision for hanging the convicts together, that impedes the speedy execution of the death sentence and take corrective measures.

That would not mean denying the convicts their rights. If the law provides that the convicts sentenced together in a single case can file review or curative petitions and mercy pleas before the President and then a review of the mercy plea in the Supreme Court, they should be allowed to do all that. Denying any of this or removing them from the statute books would amount to violation of basic human rights, despite the finality of the death sentence. But the rule that they can do each one of it separately, one after another, and use it as a delaying tactic, should be done away with. Also, there is no harm in reducing the time period allowed for filing such pleas or petitions, as the Centre wants. What can be done in 14 days can also be done in 7 days. This should not be seen as undue haste. After all, if justice delayed is equated with justice denied then why should not sentence delayed be equated with justice mocked?