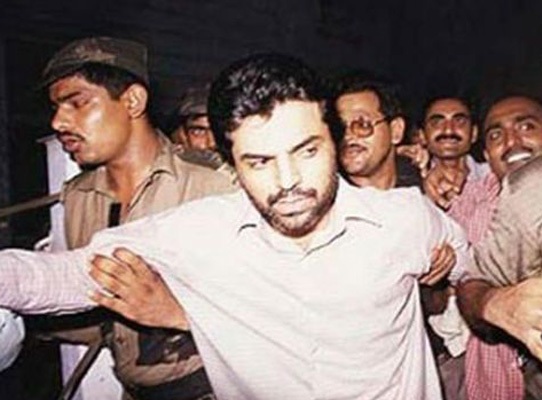 No Either/Or, Both the Memons (and Dawood) Should be Hanged

No Either/Or, Both the Memons (and Dawood) Should be Hanged

Editor-in-Chief of indiacommentary.com. Current Affairs analyst and political commentator. Writes for a number of publications. View all posts by this Author
The hanging of Yakub Memon for a gruesome crime against the nation has been the occasion for a debate that has witnessed everything other than the actual crime being discussed in the reams that has been written in the mainstream media. From the efficacy of capital punishment, application of judicial procedures in a slanted way, YakubÃ¢â¬â ¢s Ã¢â¬ËminorÃ¢â¬â ¢ role in the Bombay blasts to his Ã¢â¬ËsurrenderÃ¢â¬â ¢ and subsequent turning into an approver, everything was discussed. Several Ã¢â¬ËeminentÃ¢â¬â ¢ persons appealed to the President to show clemency. A question was also raised why urgency was being shown in the Bombay blasts case while cases against those accused of rioting against minorities were moving at a snails pace. There was an all out and extremely shameful attempt to save him from the gallows at any cost. The debate often raised the point whether India was executing Yakub in place of his more notorious sibling, Tiger. My question is: why is there an either/or in this discussion? Both MemonÃ¢â¬â ¢s needed to be hanged Ã¢â¬" Tiger for plotting the conspiracy and Yakub for facilitating it. If anyone believes that Yakub Memon was innocent, then that person does not have any faith in Indian laws and the judicial process and their application by the judiciary.

The facts are simple: Dawood Ibrahim and Tiger Memon, backed by enemies of the Indian nation, plotted to spread terror in India by orchestrating a series of bomb blasts in specific and high profile targets in IndiaÃ¢â¬â ¢s commercial capital, Bombay. To do this, they needed an army of local people to provide logistics and technical support. They had bags full of money but it needed to be transferred to India. They needed local help to be at specific places on specific times. In short, they needed a coordinator to ensure that things went off with clockwork precision. Yakub Memon was their point man in Bombay. From arranging transfer of tainted funds to logistics supports like arranging transport, tickets, false identification documents and safe houses, he either did everything or was aware that it was being done and for what. He was not innocent at all.

His innocence would have been proved if he had alerted the Indian security agencies about the attacks. His innocence would have been proved if he had stayed in India to clear his name. His innocence would have been proved if at least one court had found concrete evidence that he was not involved. Nothing of the sort happened. He went along with the plans of his notorious sibling and his more notorious brother-in-arms. He carried out their commands as if they were word of God. Courts right up to the Supreme Court found evidence of his involvement in the conspiracy. Never did he once think about the thousands that were to die as a result of their nefarious and evil plot. Revenge was to be extracted for the demolition of the Babri Masjid at any cost and the best way was to spread terror in India. Yakub was brainwashed into believing this and he carried it out with precision. It was a cold blooded, premeditated plan and a rarest of the rare crime.

Capital punishment in India is handed out to persons believed to have carried out the Ã¢â¬Årarest of the rareÃ¢â¬Â crime. If facilitating a serial bombing that was to show the might of the underworld and kill 257 people (official tally) and injure nearly 1500 is not rarest of rare, what is? The charge that Yakub was hanged for TigerÃ¢â¬â ¢s crime is wrong. Both needed to be hanged Ã¢â¬" one for planning and the other for executing the plan. The executor has been rightly hanged. Justice will finally be done when both Tiger Memon and Dawood Ibrahim are caught, brought to justice and hanged for the crime against the nation.

Finally, it is no oneÃ¢â¬â ¢s case to say that rioting against the minorities is not a crime against the nation and is not rarest of rare crime. The accused in such cases should be promptly identified and brought to justice. The countryÃ¢â¬â ¢s secular fabric gets soiled every time a Sajjan Kumar or a Sadhvi Prachi is allowed to roam free. Convictions like that of Dara Singh (for burning Christian missionary Grahan Staines and his two minor sons in a gruesome crime in Odisha in 1999) are too few. But it took 22 years for India to hang one convict in the Bombay blasts case. Indian judicial system is painfully slow. There will definitely be justice for those whose who were killed or had their homes looted and burnt or their womenfolk molested by rampaging mobs. Any other thinking is contrary to what makes India a secular, democratic nation. It will take time, but it will happen. For, there are enough right thinking people in the country who, irrespective of their faith, fight for justice and ensure that it is done.