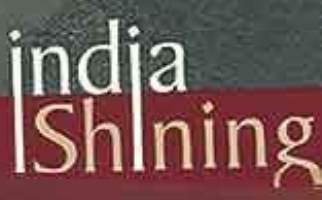 Not Another "India Shining" Please

Not Another "India Shining" Please

Linus tackles things head-on. He takes sides in his analysis and it fits excellently with our editorial policy. No 'maybe's' and 'allegedly' for him, only things in black and white. View all posts by this Author
Amit Shah should be lauded for the Sampark for Samarthan (SFS) initiative. It is something like targeting influencers, so trendy in social media space in websites like LinkedIn. But the programme will get limited mileage if carried out only by Shah and only at the national level. It needs to be taken up by regional heads to regional influencers also to be truly effective. Shah has said that they will reach out to one lakh individuals and reach one crore households.

The BJP is a party of the right. There are many people in India who have rightist views but are put off by the support the party gives to fringe elements who divide communities through their nefarious designs. It is becoming clear that the BJPs grand design of consolidating the votes of the Dalits and OBC communities has backfired only because the Hindu fringe elements began targeting these communities over eating beef and skinning cows.

India is a country where the negatives are highlighted more than the positives. With large scale violence against minorities and marginalized people, farmer distress and rising unemployment, whatever positives Shah and his team have to show will not matter. The government has done a lot of structural reforms in the economy. The results will take time to show. But the negatives are here and now. So Shah and his team have an uphill task.

But the SFS is a remarkable initiative for it will give the BJP president and his team an idea of what these influencers are thinking. Obviously the influencers will give their feedback. The BJP can then tailor its 2019 campaign after taking into account the feedback from these influencers. But whatever the result of SFS, the party should steer away from making the mistake the Vajpayee government did with the India Shining campaign.