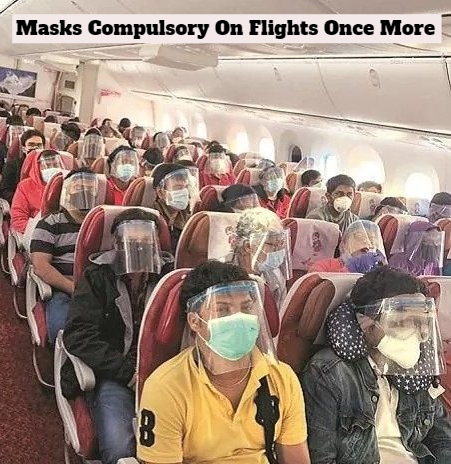 With both fresh cases and the positivity rate rising alarmingly in India, the government today announced that those flyers that refuse to wear masks after repeated warnings at airports and for the entire duration of the flight will be treated  as "Unruly Passenger" as defined in para 3.1 of Civil Aviation Requirements (CAR) Section 3 and the procedure in respect of handling such unruly passenger, as provided in above mentioned CAR, shall be followed by the concerned airline. In short, the passenger can be asked to de-board if he is already on the flight.

This is a step in the right direction. With the restriction of keeping the middle seat vacant not in force anymore, passengers sit very close to each other. Hence, masking should be mandatory for all passengers to prevent the virus from spreading. It is difficult to understand why even well-meaning people have an aversion to wearing masks in public, more so because it has been proven that it is the best defence against the spread of the virus in public places. With cases rising and the possibility of a fourth wave not being ruled out by experts, people have to be more concerned about their health and the health of their fellow citizens. They must always wear a mask when they are in public and have to be close to others.

In India, it is seen that any government directive is not likely to be followed universally if not backed by a penalty. Ever since almost all states decided to do away with mandatory wearing of mask and removed the penal provisions, not even 10% of the population wears it out of concern for their health and the well-being of the community. Hence, this is the right time for the Centre to once again invoke the Disaster Management Act and make wearing of masks in public places mandatory nationally. We need to prevent the fourth wave at all costs and masking up is the first step to do so.