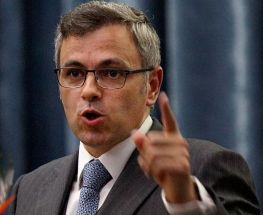 Omar Abdullah And His Pipe Dreams

Omar Abdullah And His Pipe Dreams

Editor-in-Chief of indiacommentary.com. Current Affairs analyst and political commentator. Writes for a number of publications. View all posts by this Author
Omar Abdullah has stirred a controversy by saying that Kashmir had acceded to India with conditions and not for free and that he would think of reviving the custom of a separate prime minister and president for the state. This comes soon after Mehbooba Muftis warning that Indias ties with J&K will be over if Article 370 is scrapped. In order to be one up on each other, both these leaders from Kashmir are trying to outdo each other in making inflammatory statements in this election season.

No agreement or condition is so sacrosanct that it cannot be debated upon, renegotiated or even scrapped after several decades. Conditions that existed in the period 1947-1950 were not the same that exist today. The agreement that was reached then was based on the viewpoints of Maharaja Hari Singh and the then representatives of the Indian government under the Indian Independence Act, 1947 against the backdrop of an illegal attack on the state by Pashtuns from Waziristan, backed by Pakistan. Today represents new thinking, changed security environment and changed viewpoints.

Politics in the Kashmir valley is largely restricted to local parties trying to maintain their hegemony by perpetuating the special status granted to the state. But 70 years have passed and it is time now to revisit the terms of the accession and debate whether it has been good, both for the state and for India. It is not as if Article 370 or Article 35A is being scrapped summarily. But there should also not be any objection to a wide-ranging debate on the issue. Things change over time, but political parties in Kashmir are not willing to accept this. This attitude has to change.

Further, if Abdullah thinks he can have a separate prime minister and president for the state in the strictest sense, he is living in a fools paradise. Even the terms of accession have no such mention. It is just the nomenclature that is different for posts that essentially carry out the duties of a chief minister and a governor. If Abdullah is more comfortable with the Urdu version, he can still call the chief minister Wazir-e-Azam and the governor Sadr-e-Riyaasat. The problem with granting special status to anyone or anything is that over time, self-styled guardians try to widen the meaning of the term and try to appropriate more than is legally due to them. Hence, it is necessary to hold a debate and put things in the correct perspective.