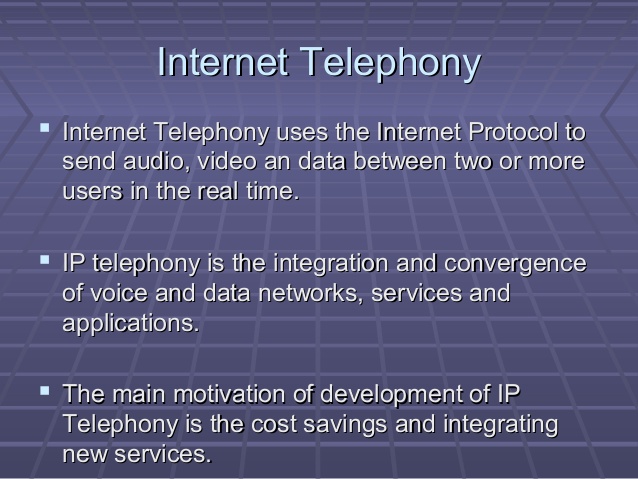 Opening Up Internet Telephony and Spectrum Use

Opening Up Internet Telephony and Spectrum Use

Editor-in-Chief of indiacommentary.com. Current Affairs analyst and political commentator. Writes for a number of publications. View all posts by this Author
Picture Courtesy: slideshare.net

The TRAI proposal to allow internet telephony calls to terminate on fixed and mobile networks has been cleared by the telecom commission. This will mean unrestricted use of Voice Over Internet Protocol (VoIP). The commission has also cleared a class of companies that will work as mobile virtual network operators and provide telephony and data services to customers by leasing unused spectrum lying with any licensee. Both these measures are eminently sensible.

The use of WhatsApp has become all pervasive, especially amongst youngsters. By allowing calls from WhatsApp to other mobiles or landlines, the government has made the application truly perfect. It will also add to the safety as now, the other person has to be on WhatsApp for one to call him. The only thing is that the quality of voice must be good for it to catch on. One is sure that there will be a surge in more such apps now.

The second proposal will allow for efficient use of idle spectrum lying in some circles with licensees. Although there are some alliances, like Kishore Biyaniâs Big Bazaar has T24 with Tata Docomo, they are at present using the same in partnership with Docomo. Now, a local operator can start branded telephony and data services by leasing spectrum from a licensee.

Both these measures were being discussed for a long time but the usual security concerns were scuttling efforts to allow them. The objectives of Digital India will not be achieved if barriers that prevent full use of internet and efficient use of spectrum are not dismantled. The government should now lower the price and release spectrum in bolder manner. Simultaneously, telecom companies should be shaken and stirred to provide efficient service â no call drops and faster access to internet. An audit should be done on their physical infrastructure vis-a- vis their customer base. They should not be allowed to take the customers for granted.