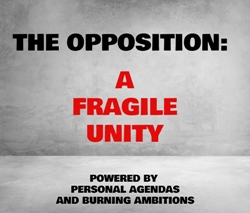 Editor-in-Chief of indiacommentary.com. Current Affairs analyst and political commentator. Writes for a number of publications. View all posts by this Author
After the huge achievement (that is, if just keeping the BJP at bay and stitching together an opportunistic post-poll alliance, full of built-in contradictions, can be called that) of being able to form the government after preventing a rampaging BJP in Karnataka, it was too much to expect opposition stalwarts to give a miss to the enormous photo opportunity provided by the occasion. Almost every opposition leader, from Rahul Gandhi to Mamata Banerjee, Mayawati to Akhilesh Yadav and Arvind Kejriwal to Sitaram Yechury, was there. Even Sonia Gandhi made last minute arrangements to be present. The bonhomie displayed was unbelievable. It seemed that the entire galaxy was taking an immoral pleasure in having shown Messrs Modi-Shah their place. Pictures of Sonia hugging Mayawati, who had her arm around her shoulder or Mamata Banerjee shaking hands with Yechury were designed to give Modi-Shah sleepless nights ahead of 2019. But will the duo be unnecessarily worried by the dramabaazi?

By all accounts, not many creases will show up on the foreheads of either Modi or Shah just because of the show of solidarity by the opposition. The duo is not worried about pan-India unity of opposition parties. They are more worried about the micro arrangements, like the ones in UP between SP and BSP or even what happened in Gujarat after Congress roped in the emerging young turks like Hardik Patel, Jignesh Mewani and Alpesh Thakore. They are more worried about Rajasthan and Madhya Pradesh where anti-incumbency is peaking and so are anti-BJP sentiments. They know that opposition unity is self-destructing because of inherent contradictions and burning ambitions of regional leaders. They also know that Congress used to act like glue and having crushed it in state after state, they now know that no regional leader worth his or her salt will bow before the so-called supremacy of the grand old party in any alliance formed to take on the BJP.

Modi-Shah are certain that despite talking unity, no one in the opposition is experienced or adept enough to manage the same at the micro level, which is what will be required to defeat the BJP in 2019. They are also certain that with so many leaders powered by personal agendas and burning ambitions, there will be too many pulls and pressures and the union will always be fragile, to say the least. Already, both Kumaraswamy and the Karnataka Congress leaders have admitted to differences and Mayawati is making noises about going it alone in 2019 if not given enough seats. One Gorakhpur or even the forthcoming Kairana does not a government make. Sustainable pan-India alliance of opposition parties, even with the sole motive of beating Modi and BJP, is a bridge too far and it is unlikely that the ragtag union will be able to cross it. For a democracy to thrive, it is necessary to have a strong opposition to keep the ruling party on its toes. But opportunistic alliances often work as disruptive forces and are unlikely to contribute positively to nation building.

For, accept it or not, the opposition has not capitalized on the so-called blunders of the NDA government. Despite crying themselves hoarse over demonetization, not one opposition party could manage to start a popular movement against the move. Despite saying that GST was prematurely introduced, neither the Congress nor the regional parties could get even a small chamber of commerce or local traders association to start a protest movement. Whatever movements were started against the GST (for instance, those by gold and diamond dealers and the cloth market) were by people directly affected, either by extension of GST in their business or by the enhancement of rate. Even they did not dispute the necessity of one nation, one tax. The only source of worry for the BJP is that for the common man, achhe din, as promised by PM Modi, have not really arrived. On top of that, a large part of the population, including the minorities, Dalits, other backward classes and rationalists, is living under constant threat to life and limb. Will the common man ignore all this and look at the other achievements of the NDA, like providing a largely corruption-free government, and give it another chance in 2019? Will he recognize that 5 years are not enough to change mindsets steeped in corruption and bring about radical change and vote for BJP and Modi again? Time alone will tell.