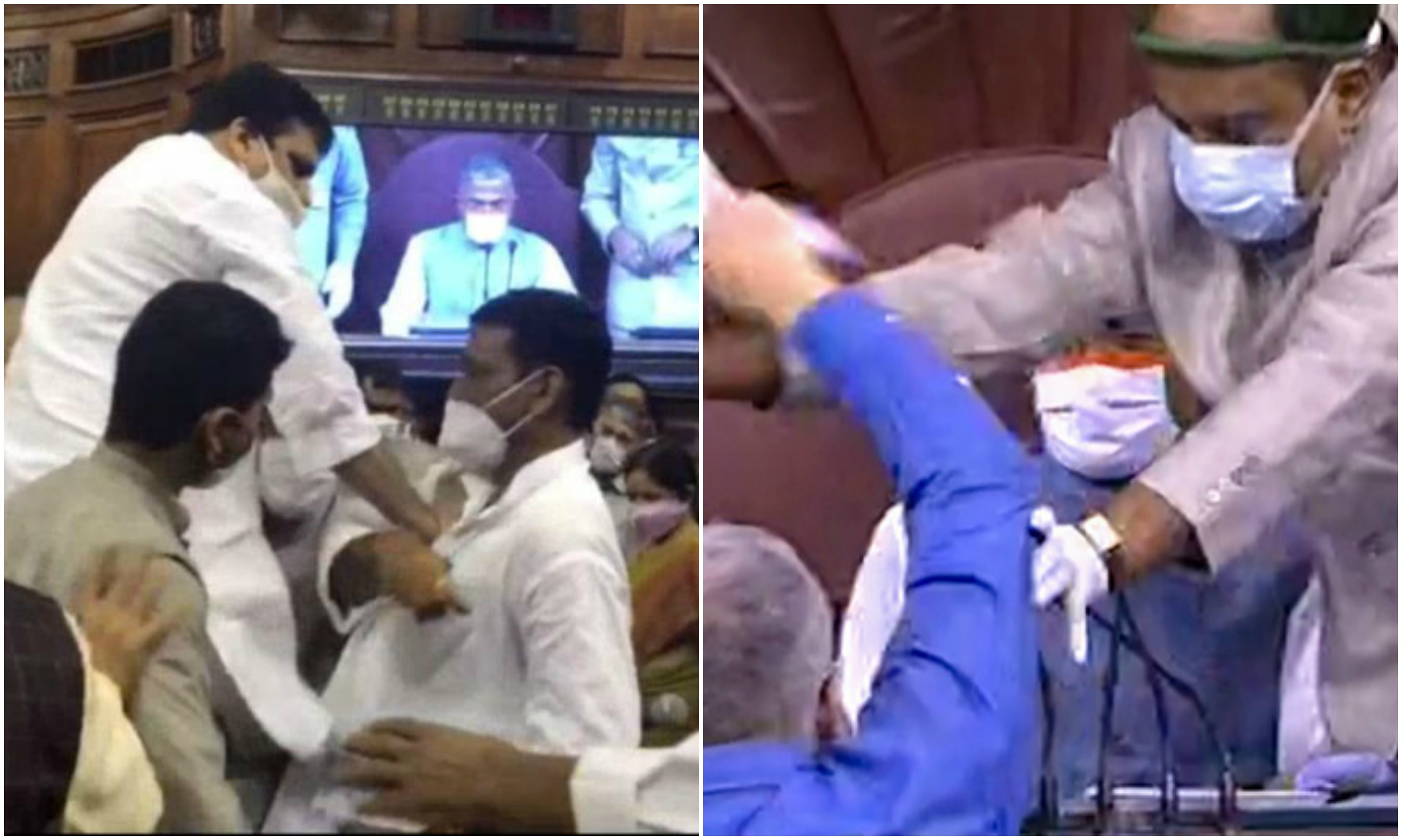 Opposition Will Not Gain By Uncivilzed Behavior

Opposition Will Not Gain By Uncivilzed Behavior

Among the two generally used systems of voting on bills in parliament are voice vote and division, or electronic voting. While voice vote is used as a matter of preference, electronic voting is used in matters of importance or when there is a demand. But there are certain rules for conducting an electronic poll and the main requirement is that the lobbies must be clear and all members must be seated with discipline in their seats. The Opposition parties created an unruly situation yesterday when the farm bills were being put to vote in the Rajya Sabha and that did not help their cause.

Perhaps it was never their intention to have electronic voting. They knew that the government had the numbers. They also knew that if they provoked the deputy chairman enough, he would go by voice vote and they could then say that their demands were not met. There can be no other explanation for the way the opposition MPs behaved and tried to stop the house proceedings in a shameful manner. They climbed the table, threw the rule book and other papers and tore off the microphone in scenes resembling happenings at a gangster meet gone awry. That this has become par for the course in Indian parliament is disgusting.

If the opposition MPs had behaved as the deputy chairman wanted them to, perhaps their demand to conduct a division vote for sending the bills to a select house committee for deliberations before putting them up for voting would have been met. But by not allowing order to be restored for conducting the electronic voting, they forced the deputy chairman to call for a voice vote. The deputy chairman had not acceded to their earlier demand, made as per convention, that the voting be deferred till Monday as the scheduled working time of the house for the day had been consumed by extending the time.

The Congress later said that since the house was being held hostage, the opposition had to resort to raising their voice. But what is achieved by behaving in such fashion? Other than delaying the passage of the bills and making a spectacle of themselves, the opposition MPs achieved nothing. Instead, they could have coordinated among themselves and could have registered their protest in a more civilized manner through informed debate and discussion. But their frustration, borne out of their lack of numbers, made them behave in a manner that neither helped them nor the farmers.